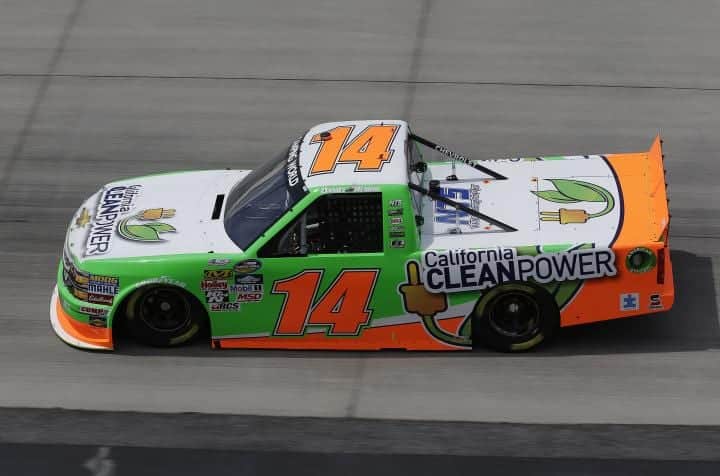 In what was a hectic week for the organization after announcing the No. 31 Chevrolet would not be running at the 1-mile oval, the team focused its energy on Hemric’s efforts. With the top five, the North Carolina native now sits ninth in the championship standings as he looks to continue his momentum heading into the summer months.

“It’s really good to get a top five, especially our first one more or less has made everyone really happy at NTS Motorsports,” Hemric told Frontstretch following the race. “Everybody puts a lot into this deal, and hopefully we can move to Texas next week and build on this.”

Hemric qualified 19th for Friday evening’s 200-mile event. However, he rapidly moved up through the field after a series of five cautions within the first 100 laps. Led by crew chief Ryan McKinney, the No. 14 truck stayed on the lead lap throughout the race, and moved into the top five just after the halfway mark.

“We started out a little free, but as the track rubbered up and the sun went down, we slowly made adjustments and let the track come to us,” he said. “We showed great speed all day, had great track position, made great pit stops and I’m really grateful to be the guy driving this thing.”