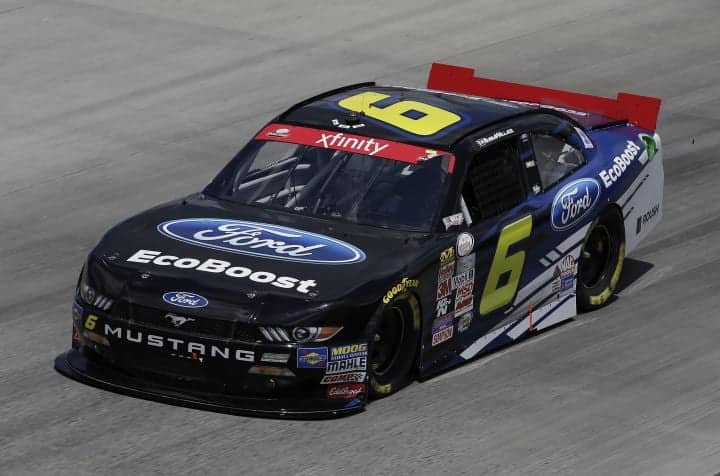 For the second time in his NASCAR Xfinity Series career, Darrell Wallace Jr. will lead the field to the green flag. Winning the pole award at Dover International Speedway with a time of 23.378 seconds (153.991 mph), Wallace edged out championship leader Chris Buescher by 16 hundredths of a second in qualifying.

The 21-year-old enters Dover fourth in points, one of four candidates for the Dash 4 Cash $100,000 bonus this weekend in the Buckle Up 200. Wallace’s lone pole prior to Saturday was at Dover in 2012, accomplished when he was still driving for Joe Gibbs Racing. Coming off a fifth-place finish at Charlotte, the Drive for Diversity graduate looks to earn his second top five of the year for his Roush Fenway Racing team. It’s the first time a RFR car has been the pole this season.

Matt Kenseth, Daniel Suarez and Brian Scott rounded out the top five for Saturday’s 200-mile race, a trio of strong competitors. In his last two starts at Dover, Kenseth has finished inside the top five; he’s making just his third NXS start this season. Suarez finished sixth in his first of two K&N Pro Series East races at the track and ran strong yesterday, posting a runner-up result in the Truck Series race. Finally, Scott has finished seventh in each of his last two races at Dover, starting inside of the top five for the ninth time in 12 races this year.

“I hit [turns] 1 and 2 perfect and I just messed up 3 and 4 on both laps,” Scott said on pit road. “I’m proud of my guys. We have a top-five start at Dover. Hopefully, it will be just as good in the race today.

Rookie Brennan Poole, who ran nearly 150 laps in the practice sessions this weekend, qualified 18th for HScott Motorsports with Chip Ganassi. Poole is racing at Dover for the first time, searching for his second top 10 of the year.

“We have a really good long run car,” Poole said. “Qualifying has been something we have struggled with all year. I’ve had a good qualifying car a few times, but it is just something we need to work on at some of these bigger tracks. I definitely feel like we have a top-15 effort, for sure. I feel like we drive pretty well on the long runs. I don’t think we are off, but we need to find a little something. Hopefully, it will get cloudy like the first practice. That seemed to be when we were pretty equal with the guys running at the front.”

Reigning champion Chase Elliott will start 14th for Saturday’s race, with teammate Regan Smith edging him out in 10th.

The temperature is expected to be approximately 85 degrees by the time the green flag waves at Dover. With limited breaks of clouds over the track, both Poole and Scott said conditions will be extremely slick. It will be important to keep an eye on the higher groove, which has not been much of a factor this weekend.