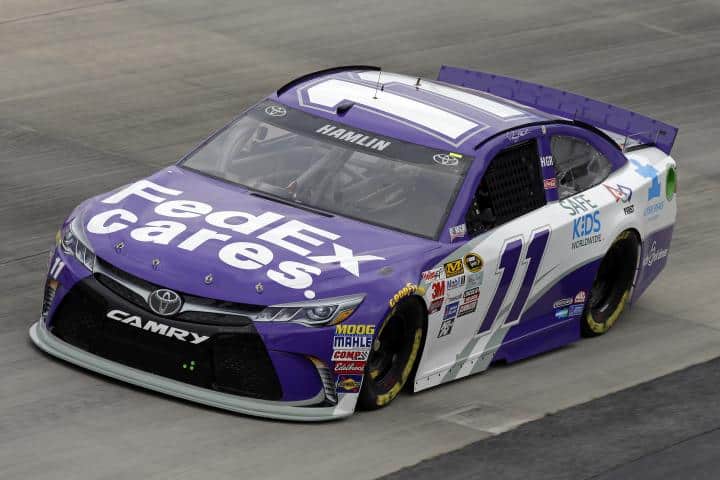 Denny Hamlin and Carl Edwards are in a good place.

Not only are both coming off big wins at Charlotte Motor Speedway, they led a 1-2 sweep of Saturday practice sessions at Dover International Speedway before Sunday’s FedEx 400. Joe Gibbs Racing continued their strong performance overall as teammates Matt Kenseth and Kyle Busch were not far behind.

Hamlin led both Saturday sessions after winning the pole Friday afternoon. He led the JGR resurgence as all four cars, running similar setups, placed inside the top five in Happy Hour. Only Paul Menard broke the sweep, clocking in third for Richard Childress Racing as he seeks his first win of 2015.

The 2015 Sprint Cup Series season has been one of progression for Joe Gibbs Racing. Following a highly successful “10 Days of Thunder” at Charlotte– with their drivers sweeping both poles and race wins in the All-Star Race and Coca-Cola 600 – the team has been on the rise. Throw in Kyle Busch’s return and this four-car operation is steaming with momentum.

Stewart-Haas Racing, however, has been split. The team did just that in both Saturday practices as points leader Kevin Harvick and Richmond winner Kurt Busch finished top 10 in both. By comparison, their teammates Danica Patrick and Tony Stewart were not able to break the top 25 in either session.

Among the few names that had uplifting performances was David Ragan, finishing fifth in the second practice as he continues to build chemistry with new employer Michael Waltrip Racing. Ricky Stenhouse Jr. also ran consistently, 17th and 12th in both practices, respectively, after qualifying a season-high ninth for Sunday.