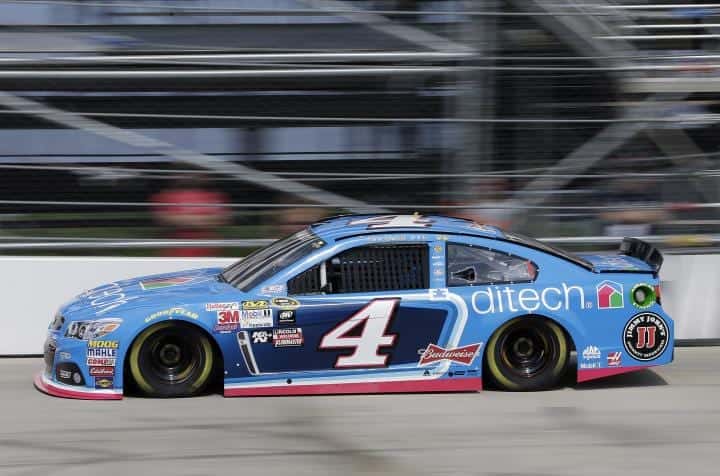 It sure was an interesting finish to the race last week. The driver with the best car at the end, Martin Truex Jr., ended up fifth despite being the class of the field in the last 200 laps. Fuel mileage came into play, jumbling the final finishing order for the 600 and that made Fantasy Live a bit interesting. But while Truex didn’t win, the momentum he and the Furniture Row Racing team have just keeps building every week. I’ve seen a few teams that have locked Truex in at a cheaper price, and if he keeps running hot, it’s going to be tough to go up against those fantasy rosters each week.

This week at Dover, we have a 400-lap race. Miles the Monster is sure to grab a few of the drivers and ruin their day as this racetrack can get completely blocked when a wreck happens. With a race this long, we want to be looking at lap-leading cars and try to grab as many of those laps led/fastest lap points as possible. Historically, that means you have to look at Jimmie Johnson. Jimmie has won four out of the last 10 races here and has led almost half of the laps. Some drivers to keep your eye on in practice are Sunday’s front row of Truex and Denny Hamlin; if they run extremely well, then it might be time to shuffle your own roster.

Enough rambling; let’s get to the picks. As always, I’m using the price you would have locked in for NASCAR.com’s Fantasy Live game if you have been following along with my team.

No. 4 Kevin Harvick $28.00
Harvick remains a “must have.” He can be a threat any week and, once in front he tends to continue to stay there for most of a green-flag run. Harvick starts sixth this week and, while Dover isn’t his best track statistically should be a threat to contend throughout the race. Never a winner at the Monster Mile, Harvick led a career-best 223 laps from the pole last fall before settling for 13th. His record since, including this season speaks for itself….

No. 48 Jimmie Johnson $27.50
Johnson is almost a “must have” at Dover with his record-setting nine victories there. When Johnson gets the lead at Dover, he tends to keep it; he has led 1,000 more laps here in the last 10 races than the nearest competitor. That fact alone means you need to have him on your team. The No. 48 car starts 14th and should score you a few place-differential points as a bonus.

No. 41 Kurt Busch $22.50
Busch, like his teammate, has been running well everywhere this year. Busch led 118 laps last week at Charlotte and had one of the few cars that had anything for Truex Jr. Kurt qualified 13th this week and should move through the field; I expect him to lead at some point in the race and should be a threat to win. Of note, Busch’s last top-10 finish at Dover came in 2011, where he won; probably means he’s overdue.

No. 13 Casey Mears $12.50
Mears starts 21st and I expect him to finish somewhere close to there. Don’t expect anything great out of this team, as they’ve finished outside the top 15 in the last six races but he won’t be a bad pick this week. He’s got a middling average finish of 23.0 in his last four starts at the Monster Mile.

No. 40 Landon Cassill $8.50
Cassill starts dead last this week. At Dover, there tend to be multiple cars multiple laps down so this tenacious underdog team should move up in the standings based on attrition alone. That should score some nice place-differential points.

Race Winner: Jimmie Johnson
It’s just hard to go against Johnson at Dover. A win leaves him just the fifth Cup driver ever to have 10 wins or more at one Cup track.

Manufacturer: Chevrolet
If you go with Jimmie, then you better go with Chevrolet.