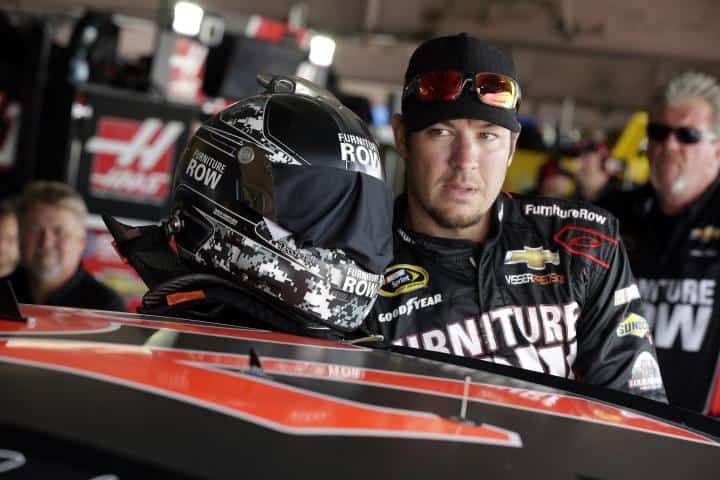 It’s sad, but before I even write the words for this week’s column I can already hear the screaming, gnashing of teeth and insults that will follow by the naysayers and contrarians who think they are smarter than the people running the sport.

So, with that out of the way, let’s look at the No. 78 Furniture Row Racing Team and driver Martin Truex Jr., who’s having a dominant season – save a win – in 2015. In the first 13 races, Truex has had only one finish outside the top 10. He’s run up front, led in over half of the races he’s entered and, in some cases, led the most laps.

Last year, Ryan Newman made it all the way to the final round of the Chase for the Championship without ever getting a win. That circumstance angered a lot of fans who claimed the system rewards losers. Maybe the system does, if you subscribe to the theory that second-place is the first loser. Unlike Truex, Newman had only four top-10 finishes at this point in the 2014 season and none of those were second-place runs but he played by the same rules as all 42 other drivers and he qualified for the Chase.

We all know the story, so that’s where it ends for Newman’s 2014 endeavor – he was second.

Looking at 2015, many people thought it was a fluke when Truex started off the season on such a good run. An eighth at Daytona, a sixth at Atlanta and a runner-up finish in Las Vegas. He was off to a great start and it had people scratching their head.

Truex’s run at Dover, where for the second week in a row he led the most laps but didn’t win, is further proof that Furniture Row Racing is the single-car team that can. With 13 races left before the cutoff to make the Chase, Truex will probably secure a win but if he doesn’t he, like Newman was last year, is the prime reason why the rules were made to reward consistency and not just race winners.

Any team that runs as well as Truex has this season deserves a shot at the title if they finish in the required points positions. Why? Because under the current rules, the championship can be achieved by two separate routes – winning or consistency.

Sure, it would be great to have the champion be the guy with the most wins sitting on the stage in Las Vegas but even before the Chase was created that wasn’t always the case. And while the odds are against another showdown between the team with the most wins during the season facing off in the final laps at Homestead-Miami Speedway against the team with no wins at all; it could happen.

As it stands, the only driver with more points than Truex is Kevin Harvick. But Harvick doesn’t have the most wins. That claim to fame belongs to Jimmie Johnson, who extended his season total to four, with the win at Dover.

When the Chase was created with the elimination format it was done to bring NASCAR on-par with other major professional sports. All of the Big 4 sports leagues (NFL, MLB, NHL and NBA) in the U.S. have a playoff system. NASCAR’s elimination format is a good system based on the fact so many teams compete in the same competition each week. Is it perfect, again, nothing ever is but any team that makes it to the final round has met the criteria to become a champion. If that happens to be Truex or some other driver making the final cut, the only thing that matters is the rules were the same for everyone even if the routes taken were different.

30 thoughts on “Kickin’ the Tires: Drivers Don’t Have to Win to Make the Championship”