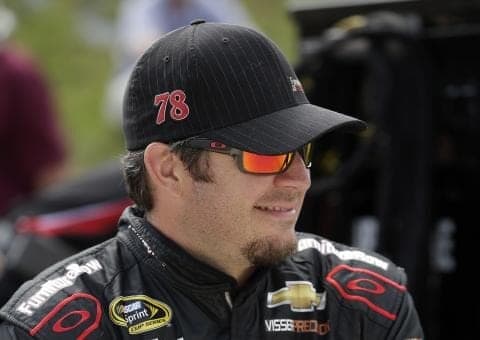 As a child, a New Jersey native dreamed of racing on the high banks at Dover International Speedway. Nearly a decade after that man’s first career NASCAR Sprint Cup Series victory, he is still searching for another triumph at his hometown track in the sport’s top-tier division.

Martin Truex Jr. has been on a hot streak as of late with Furniture Row Racing – a single-car organization that has an alliance with Richard Childress Racing. After leading 131 laps for the second straight weekend, Truex is comfortably sitting second in the championship standings. However, he is still lacking that Golden Ticket for a spot in the Chase for the Sprint Cup – a victory.

“I felt like we were off a bit,” Truex said after finishing sixth at Dover. “We just haven’t been able to make the car turn at all this weekend. Clean air was real important and when we got out there, we could kind of maintain. The [No.] 48 got real good in the second half of the race and the [No.] 4 got real good. Once they got ahead of us, we couldn’t run with them.”

He first took the lead from polesitter Denny Hamlin on lap 42. Truex was running up front prior to the halfway mark on lap 144, and stayed there for 14 laps until the second pit cycle of the day. As the sun was blazing down on the 1-mile oval, he retook the lead on lap 166 for another 82 markers.

With a lack of grip on the slick Dover short track, Truex was able to maintain a top-five position throughout the day. But when it counted most, he lost a spot in the top five and finished sixth for his 12th top 10 of the year in 13 races.

“It stinks to lose a couple of spots at the end, but all in all, it’s still pretty good,” he continued. “Today, we didn’t have the best car, so to come home with a good finish what you have to do. Points are still important, so you are still trying to get the best finish that you can. I never felt like we had a winning car. We led a bunch of laps, but I never felt like we were at where we need to be.”

The No. 78 Chevrolet was stout throughout the day, yet the final restart was where he really lost the victory. In a clutch situation, Truex slipped after restarting third behind eventual winner Jimmie Johnson and runner-up Kevin Harvick.

But running so well at his home track is a true confidence booster for the New Jersey native, who earned his first Cup victory at Dover in 2005 with Dale Earnhardt Inc. Over the past three races at Dover, he has finished sixth twice and seventh. The momentum at the concrete oval continues to pave the way for his success in events following his home race. Last year, he finished in the top 10 at Pocono and ended up with his lone top five of the season at Kansas, each following events at Dover.

And for the third straight weekend, the team used the same car, which has led 95 or more laps. On Friday, Truex said the team doesn’t have a car like this one, which is part of being a smaller organization. However, the crew worked on the car late Monday night into Tuesday morning to turn it around following the intermediate race in Charlotte – a much different challenge than Dover.

Without a hiccup, other than a 29th-place finish at Bristol, Truex has become the second most consistent driver in the sport this season behind Harvick. His average finish of 8.5 after Dover speaks for itself, and once the team gets a victory, he will likely only get better.

As the Cole Pearn-led team continues to grow, it searches for a place in NASCAR’s title hunt. Sitting second in points is great, but without a win, Truex is missing the one thing that can virtually lock him into the Chase. He is a comfortable 32 markers ahead of third-place drivers Joey Logano and Johnson, and it won’t be long before the flat-black No. 78 will be back in the winner’s circle for the second time in the team’s history.