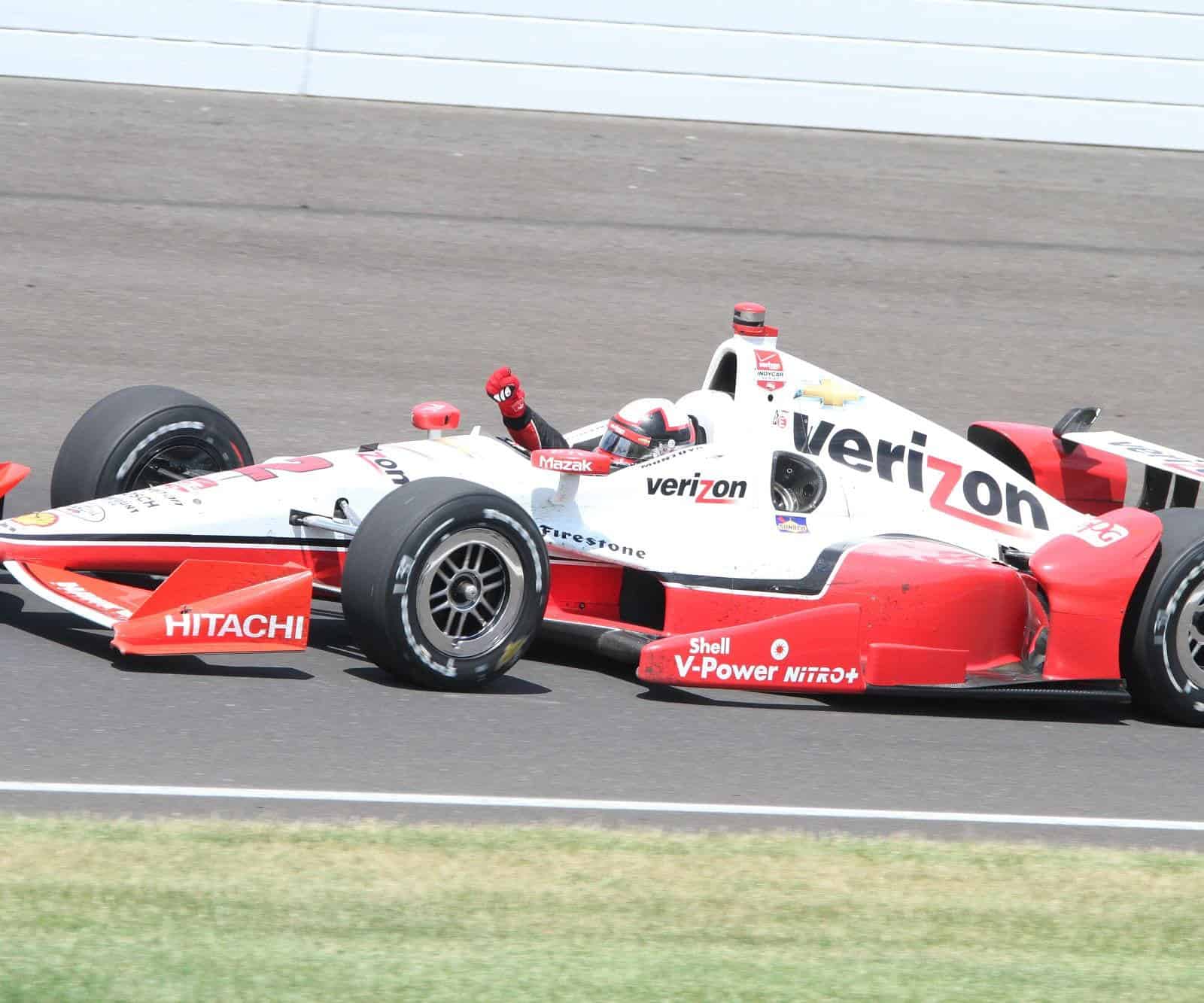 With the conclusion of the Chevrolet Duel in Detroit this past weekend, the IndyCar series has reached its season midpoint. That’s right, the season is already half over, which is both surprising and not. Consider that Formula 1 started a couple weeks prior to IndyCar and that they’re only one-third of the way into their season. Then there’s NASCAR which is in about the same spot as F1, having run 13 of their 36 points races. That’s what happens for IndyCar when the season is just 16 races long and two races can be run on a weekend.

Yet still, the season seems to be flying by – for those who are paying attention. So far, this year seems like it is shaping up to be a weird one, owing much to the new car designs. Both the engineers and drivers are still in the process of determining how the cars will perform, with the biggest problem being that the drivers seemingly think the cars have fenders and that they should bang into one another at will.

This attitude was best reflected at the season opener in St. Petersburg and was then brought back again for the races at Detroit. In fact, this past weekend showcased everything that can be fun and interesting about the series while highlighting its issues.

While many road and street courses prove problematic for passing, this aspect was not something that hindered the racing.  And though rain may often be a detriment, it added a bit of intrigue to the strategies that the teams would use.

But then there was the fact that two points paying races were held on one weekend. And the additional issue that many of the drivers don’t have much experience racing in the rain. Throw in the fact that the second half of the second race featured seven (seven!) caution flags in 33 laps, and the racing began to look like amateur hour.

There’s no chance that every race will be awesome, but it’s best when IndyCar is able to avoid something as frustrating as watching the pace car once again lead the field.

For better or worse, the season is half in the books, so a quick look at how things stand.

The drivers at Team Penske are clearly leading the way when it comes to outright speed. With five poles and three wins amongst them, they are setting the benchmark – sort of. The one thing that has hampered the organization seems to be late race pit strategies, something that has enabled teams with more adventurous thinking to steal (sarcasm font) those other five wins.

Regardless, Juan Pablo Montoya and Will Power are sitting one-two respectively and are separated by just 21 points. But Helio Castroneves is in fifth and 70 points back, and the ballyhooed move by Simon Pagenaud to the organization has yielded little thus far, with him in ninth and roughly 120 points behind.

Scott Dixon has been the driver best able to keep up with Montoya and Power, though he’s 63 points out of first. The odd thing with Dixon is that neither of his teammates are keeping pace, as Charlie Kimball and Tony Kanaan are languishing in 10th and 12th, which means that there’s been unfortunate circumstances clouding their results or that Dixon is just that much better.

Perhaps the best story of the season is that Graham Rahal, driving for a one-car team, is holding down the fourth spot. That he drives for Honda, which hasn’t quite matched speed with Chevrolet, and is 69 points behind is rather impressive.  Something seems to be clicking for Rahal, as he’s earned four top 10s, which is two more than he had for the entire 2014 season.

The question that arises at this point is whether anyone outside of the top five has any kind of shot for the championship.  Sure, Sebastien Bourdais may have won in Detroit, but he’s in sixth and nearly 100 points back. Though Dixon made an impressive run last year, erasing a similar gap, he still couldn’t get it done and it took him nine races to do so, and Bourdais doesn’t quite have the same resources. Sorry Marco, that means that Andretti’s likelihood of having a chance for the championship is done, though the Andretti team doesn’t look like they’ve got that kind of fight in them anyway.

Up next on the schedule is Texas, and it’s tough to know if it might throw any kind of change into how things are progressing. The better question is whether or not the racing will be good as the series hits a high-speed oval, because last year’s follow-the-leader affair did not manufacture anything in the way of excitement.

Track honcho Eddie Gossage has already sent salvos to IndyCar letting them know that he’s expecting something better.  But will what worked at the Indy 500 work at Texas? That’s been one of the challenges of late.

The important thing is that the cars stay on the track. Aside from that, the key would be to avoid another race littered with caution as everyone is subjected to watching the safety crew pick up pieces of front wings.