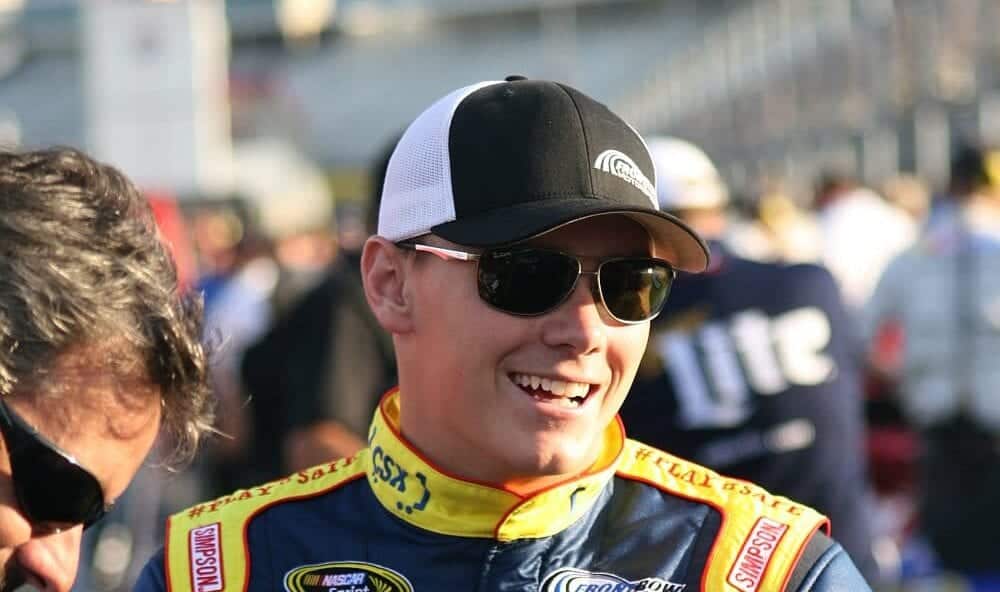 Welcome to the Frontstretch Five! Each week, Amy Henderson takes a look at the racing, the drivers and the storylines that drive NASCAR and produces a list of five people, places, things and ideas that define the current state of our sport. This week, Amy has a group of drivers fans may not see very often, but should be keeping an eye on.

Cassill might just be the most underrated driver in NASCAR. If the sign of a top-notch driver is that he can take a car and finish higher than it was probably capable of, Cassill easily falls into that category. Week in and week out, driving one of the most severely underfunded cars in the garage, he is getting some very strong finishes. For a team like the No. 40, a lead-lap finish is a solid day, and Cassill is slowly building that.

Cassill is a driver you’d love to see in truly great equipment for any length of time. As a test driver for Hendrick Motorsports where his main duty was testing cars for Rick Hendrick’s Cup drivers, Cassill ran a partial Xfinity Series schedule. The then 19-year-old won Rookie of the Year honors despite only running just over half the season. It’s a shame Hendrick didn’t put the focus on Cassill as a development driver that they did on Chase Elliott.

The current Xfinity Series points leader, Buescher has two wins in 12 races so far this year. Why is he flying under the radar? It’s more because of interlopers from other series than anything Buescher has done; rising star Erik Jones (a Camping World Truck Series regular) and the omnipresent Cup drivers in the series have cast a shadow over the 22-year-old Texan this season. But Buescher is becoming a force in his own right with an average finish of 7.5 in NXS competition this season. He’s becoming a title favorite and is starting to be discussed as a possibility to take the reins of one of team owner Jack Roush’s Cup Series Fords as soon as 2016. Neither Trevor Bayne nor Ricky Stenhouse Jr. are performing anywhere near expectations, and Roush Fenway Racing needs a young gun who can move the organization forward as veteran Greg Biffle ages. The team may have found that in Buescher, and if he keeps winning races and takes this year’s NXS title, it will be difficult to justify not giving him a shot in a Cup car next year.

Moffitt might have gotten the short end of the stick when he was moved aside at Michael Waltrip Racing for David Ragan last month. Until then, the MWR development driver seemed to be coming along well. He has the team’s best finish to date in 2015 and really, at 22, was the logical choice to take over the No. 55 from Brian Vickers if his health forced an early retirement or if his contract was not renewed. While Ragan is a proven winner on restrictor-plate tracks, he’s a bit of a hit-or-miss proposition at most other venues, and as a long-term solution raises a few question marks. At 29, Ragan is no geezer, but he’s still older than Moffitt and doesn’t have proven, sustained success at the Cup level. Perhaps the team would have been better served in the long run keeping Moffitt in the seat and letting him learn the tracks so he could come out of the gate swinging a year from now. Now in the No. 34 for Front Row Motorsports, Moffitt is worth keeping an eye on during races.

CATANZARETI: Beyond the Cockpit: Brett Moffitt on Admiring, Advancing & Adjusting

DiBenedetto was the guy the competition at Hickory Speedway used to half hope wouldn’t show on any given weekend because he was so difficult to beat. It was no surprise to the Hickory faithful that DiBenedetto was tapped by Joe Gibbs Racing as a development driver. If anything, the surprise was that JGR didn’t give him more opportunities to race; he produced a pair of top 10s in just six races in 2010 as a 19-year-old. He didn’t have the same success in a couple more very short seasons in which he basically ran the few races one of JGR’s Cup stars didn’t feel like doing. It would have been interesting, and perhaps quite eye-opening, to see what DiBenedetto could have done with the same opportunities JGR has subsequently given to Daniel Suarez and Jones. He’s been BK Racing’s best driver this season, and is a driver who, like Cassill, you’d like to see in top equipment to see what he’s really capable of.

It seems a little odd to put Crafton, a two-time Camping World Truck Series champion, in this category, but the truth is that running in that series, Crafton doesn’t get the attention he deserves. The Truck Series has long lagged behind the Cup and Xfinity series in attention from media and fans, and that’s a bit of a shame because Crafton is working his way toward something that only two drivers in NASCAR national touring series history have achieved: winning three straight titles. No CWTS driver had won back-to-back titles before Crafton did so last year. Should he win his third this year, he’ll join Hall of Famer Cale Yarborough and future Hall of Famer Jimmie Johnson as the only drivers to win three in a row in the top-three series. That’s a huge accomplishment, but Crafton’s name is conspicuously absent from many conversations about NASCAR’s best today. He’s one of the best in the history of his chosen series, and that’s not something that should be overlooked or taken lightly.