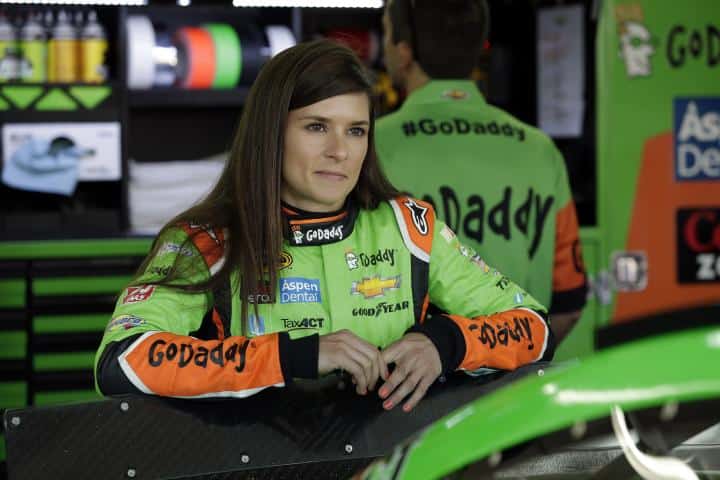 Frontstretch will scour Twitter every week looking for some of the best tweets from your favorite NASCAR personalities, drivers and other people that work within the industry. These were some of our favorite posts from the previous week and we hope you enjoy them too!

The 48th RT of this Tweet wins my @LowesForPros hat from @MonsterMile & the 480th RT wins my VL hat. #jjswag

Jimmie Johnson is one of those athletes that loves all of his fans. Each week, Johnson will hold a contest on Twitter that awards a lucky fan with his hat he wore during the previous race weekend. This is something that athletes in other sports don’t often do.

If you know Dale Earnhardt Jr. you know that he is a big time internet shopper. It appears his love for eBay and internet shopping is starting to catch on to his girlfriend. Let’s just hope Earnhardt has enough expenses to cover the costs!

At this point, @RodneyChilders4 & @KevinHarvick should notify us when it ISN'T #BloominMonday at @Outback. I just assume it always is.

Kevin Harvick and Outback Steak House has a special promotion every time Harvick places in the top 10 in the previous Sprint Cup Series race. If Harvick is able to do so – Outback will give a free Bloom‘in Onion with any purchase on Monday. NASCARcasm posted this tweet, saying they should just notify everyone when Harvick does not score a top-10 finish.

Happy Birthday to my lovely wife and mother of our son. Love You! @SamanthaBusch ❤️ @brextonbusch pic.twitter.com/U5k0MUeLNg

Kyle Busch took to Twitter on Monday to wish his wife Samantha and new mother a happy birthday! Attached to the tweet was the photo above of the two sharing a special moment just prior to a race. From everyone at Frontstretch – we also wish Samantha a happy birthday!

Before kids: I want shoes and purses

NASCAR Wonka posted this funny tweet about what Samantha might want for her birthday. For those of you with kids and pets – you probably understand this feeling all too well. We, however, cannot confirm this was on her list!

Jamie McMurray took some questions on Sunday while flying back to his home in North Carolina. A fan asked McMurray approximately how long it took to fly from Dover back to the state of North Carolina. The answer, in the tweet above, might just surprise you!

Stats will not show how hard we raced & how hard the @Haas_Automation Chevy road crew & pit crew worked this weekend. Proud of Kurt and team

Kurt Busch had a tough day on Sunday at the Dover International Speedway despite leading seven of the 400-laps. Busch got caught up in a late-race accident with Denny Hamlin. Tony Gibson, who is the crew chief on the No. 41 Stewart-Haas Racing team, took some time to thank the team on Twitter.

Long drive for @KKRdirt but I'm glad they made it to @knoxvilleraces after getting rained out with @WorldofOutlaws. Extra laps at kville! ??

Some NASCAR drivers like to stay at the track during their down time. Kasey Kahne on the other hand, likes getting out and about to experience other tracks in the surrounding area. Kahne sent out this tweet, showing everyone how to take a positive out of a negative. It seems he and the team were able to have some extra track time.

Can anyone tell me why there are two stop signs on the same post in Minnesota? pic.twitter.com/4TBlzTXEVh

Tony Stewart posted this on his Twitter asking everyone why there are two stop signs on the same post in the state of Minnesota. This is something that you don’t see in a lot of areas around the country. They must have gotten a memo that Stewart was in the area and wanted to make sure there would be enough stop signs.