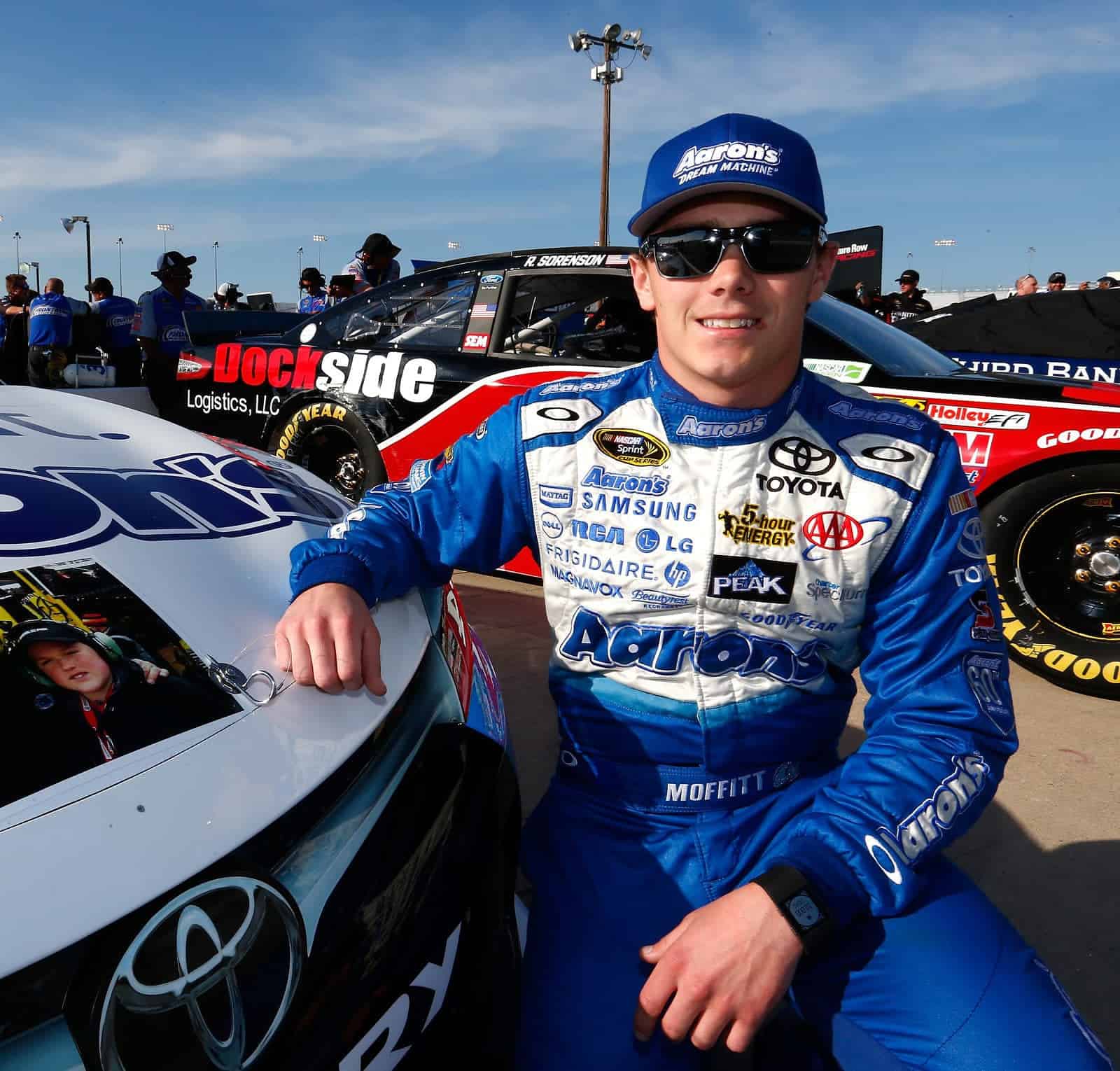 Brett Moffitt’s particular journey to the Sprint Cup Series was quite unique. Moffitt spent five years in the NASCAR K&N Pro Series East from 2009 to 2013 before making his first Sprint Cup start one year ago. This year, the 22-year-old has jumped from Michael Waltrip Racing to Front Row Motorsports in the span of three months. He sat down with Zach Catanzareti at Dover International Speedway before the FedEx 400 to talk about what he has learned and what he hopes to gain for his Sprint Cup future.

Zach Catanzareti, Frontstretch: At this time one year ago you were relatively unknown. Now, you’ve done more starts with bigger teams. How much has your life changed the last year?

Brett Moffitt: It’s definitely been a lot more busy. Before I made my start here a year ago, I was just doing test driving for Michael Waltrip Racing. So I got a lot more races in the last year and definitely this year, with the start of the season, I’ve been racing a lot. It’s really good for my career and hopefully we can keep moving forward.

Catanzareti: Dover will be your third race with Front Row Motorsports, how have you been adjusting to the team?

Catanzareti: You spent five years in the NASCAR K&N Pro Series East, you won here at Dover a couple times in the series. How has that experience helped you in Sprint Cup or at this track?

Catanzareti: You had a top 10 at Atlanta and that definitely got a lot of people’s attention. Can you recap how that race went and how you were able to get it that fast to stay up there with those guys?

Moffitt: We we’re really pretty good right off the truck when we unloaded. Early in the race we struggled a little bit and fell back some but as the race went on we kept slowly working our way back up. We had a couple good timely cautions that got us back on the lead lap and by the end of the race, our car was really pretty good. At that point, I almost wish we had some more restarts and laps to try and keep improving. Nonetheless eighth place was really good for us.

Catanzareti: You have been admiring your teammate David Gilliland and he’s been in the sport for a long time. Have you been feeding off him and learning, how much has he taught you the last couple weeks?

Moffitt: It’s definitely beneficial having a teammate that’s been around for awhile. He knows what to look for in the car and he’s been with this team for awhile so he kind of knows what these cars tend to do in the races. It’s great to be able to bounce ideas off him and work on setups together with Cole Whitt as well.

Catanzareti: You’ve been with a couple teams so far this season. Can you touch on the difficulties, jumping from one team to the next? Are you able to get a smooth transition?

Moffitt: Testing for the people at Michael Waltrip Racing, I knew everyone over there very well. So when I did go in the No. 55 car, it was a very easy transition because I already had relationships with everybody on the team. That wasn’t too difficult. Coming over here (to Front Row), there is definitely some growing and learning experiences just to get on the same page as far as communication goes. Other than that, we’re at the top of the sport so everybody does a really good job at their job and it really makes the transition fairly easy.

Catanzareti: Social media is obviously big, how often do you use it? Interact with fans, sponsors, etc.?

Moffitt: I would say I’m on the lesser side of it, I guess, compared to other drivers. It’s not really my thing.

Catanzareti: You had a run-in with Tony Stewart a couple weeks ago. How have you been trying to gain respect with these long-time veterans?

Moffitt: With him, you really can’t take too much of it because he gets mad at everyone, every race. So I apologized to him after the race but after that, it’s just trying to stay out of their way. At the same time you need to race them as hard as you can if it’s for position and just know that if it’s not your day it’s not your day.

Moffitt owes Brad K. a big one after that boneheaded move by the 2 car yesterday.

Oh wait, Brad was just ‘trying to make something happen’ with his top 10 piece of junk. Not his fault then.