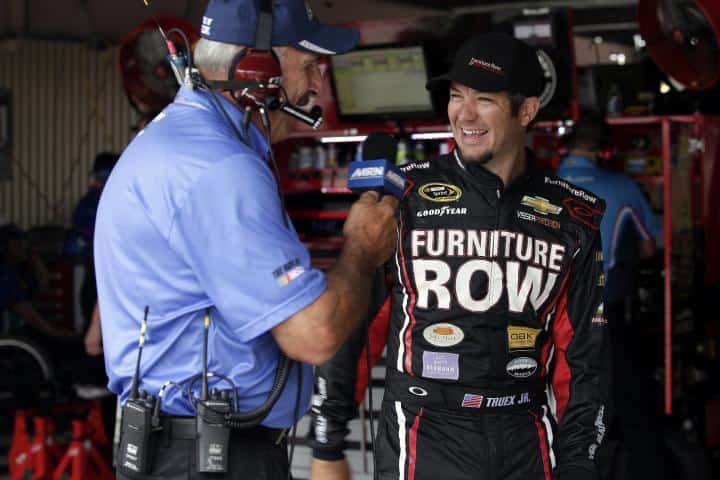 Last weekend’s NASCAR Sprint Cup Series race at Dover International Speedway was the 13th of the 2015 season, marking the official halfway point to the start of Chase for the Championship.

There have been nine different winners so far in the first 13 races, including now four-time victor Jimmie Johnson, who scored the win at Dover. Kevin Harvick has two wins on the year, and there are seven single-race winners: Carl Edwards, Denny Hamlin, Matt Kenseth, Kurt Busch, Joey Logano, Brad Keselowski and Dale Earnhardt Jr.

One driver whose name is conspicuously absent from that list, at least in terms of statistical performance, is Martin Truex Jr.

Fans and pundits alike thought that Dover, Truex’s home track, could be the race where he would finally break into the win column for 2015. His first career Cup victory came at the Monster Mile in 2007, and he was pleased with his car pre-race, qualifying on the outside pole.

Truex also had momentum on his side, coming off a strong showing in Charlotte at the Coca-Cola 600, where he led the most laps overall. However, despite the assertion that he “definitely had the fastest car” in that race, he finished fifth, a result blamed on fuel mileage.

Despite high hopes for this past weekend, Dover wound up being the third consecutive event (including Kansas last month) in which Truex would lead the most laps and not score a win. He noted that the car “wasn’t as good in the second half of the race” as it had been earlier on, adding that he wasn’t sure they could have beaten Johnson, the eventual race winner.

The fact that Truex remains winless thus far in 2015 does not reflect just how stout he and the No. 78 Furniture Row Chevrolet have been this year. Currently second in points, he is tied with leader Kevin Harvick for top-10 finishes with 12 each; Logano and Johnson, third and fourth in points, have just nine.

Truex is also first or second in several significant loop data statistics through Dover. He’s first in the category of quality passes – passing another car running in the top 15 under green-flag conditions – and second only to Harvick in average running position, average finish, percent of quality passes and laps run in the top 15.

While Truex, by all accounts, is primed for a win sooner rather than later, it is worth noting that he has just two career victories in 346 Cup starts. And there have been certain drivers throughout NASCAR history who’ve had long, seemingly successful careers without ever breaking through to that top-tier level of perennial contenders for wins and championships.

Whether 2015 proves to be the true breakout year that Truex and his fans are hoping for remains to be seen. But securing a win and a guaranteed Chase berth before Chicagoland will go a long way to solidifying him as a serious championship challenger.