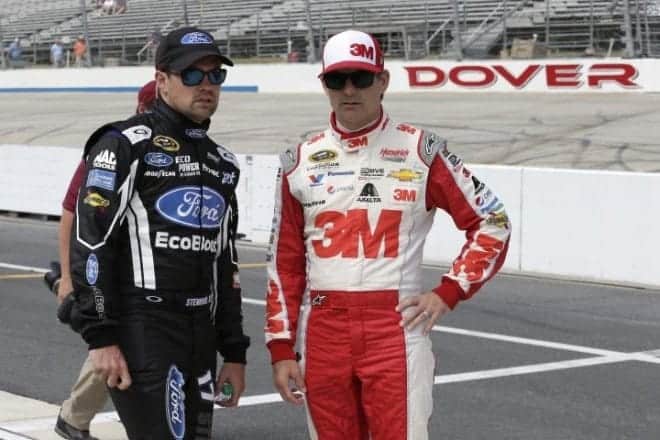 With 13 races run in the 2015 NASCAR Sprint Cup Series season, these are the drivers who have punched a ticket to the Chase when it begins come September.

A blistering pace when it comes to unique winners on the circuit? Hardly. By this point in 2014, 10 drivers rather than nine had made the Chase – many of the usual suspects, in fact. Eight of the nine who have won this year had done so by this point last year as well, with Jeff Gordon and Kyle Busch currently the lone holdouts. One can imagine why that’s the case for the latter.

And let’s get one thing clear: an emphasis on winning – which is to say, the win-and-you’re-in mentality since last year and the 2011-2013 wild card rule that slotted in extra hopefuls by virtue of winning enough – hasn’t necessarily caused more wins across the board by a larger variety of drivers, at least not in the first 13 races. While it’s true the recent peak was last year’s 10, the average over the past decade has been about eight unique victors.

Nonetheless, we’re 13 races in, which means that this weekend’s event at Pocono Raceway marks the second half of the NASCAR regular season prior to the Chase. Just 13 more races until the Chase field is set, meaning 13 chances for a driver to win his or her way in to the 16-car field in the fall.

Now, that’s probably not going to mean you’re going to see 13 new winners from here on out. Though there are plenty who still have no wins on the 2015 season, that amount would make for 22 different victors pre-Chase, which is just ridiculous to imagine. A little more likely? That seven will take home a trophy, meaning the Chase field would be set solely by winners rather than with a few stragglers who made it in by points position. Certainly would eliminate the fear that a championship could be won by someone who won zero races all year, but there’s still probably a higher likelihood that the final Chase roster will include some non-winners.

Chances are someone else is going to race their way in at some point over the next 13 races, though. Below is a list of every driver running full-time for Sprint Cup points who hasn’t won and how many races they’ve won in the past at the upcoming tracks.

So, what does this indicate? Well, first off, that Jeff Gordon has a lot of wins at the upcoming tracks, and Stewart’s not far behind. But of course, all numbers can change in terms of impact with a little context – and in this case, it’s important to note Gordon and Stewart’s longevity in NASCAR; they’ve both been in NASCAR since the 1990s. Attaining larger win amounts than, say, Kyle Busch, who has competed full-time in the series for much less time, is probably to be expected.

Still, longer careers aside, Gordon and Stewart have shown they can win at many of the upcoming tracks – that much cannot be denied. Imagining them hoisting a trophy is far more familiar a sight and not a foreign concept, despite in Stewart’s case an incredibly lackluster season to date.

It also suggests that Busch, should he regain full composure after his Daytona wreck, could very well slot his way in due to his 17 wins at the upcoming speedways. Pay close attention especially to Bristol in August, where he’s won five times.

Newman, Biffle, Kahne and Bowyer each seem to have varying shots at the Chase, too.

On the flip side, the counter does not include drivers like Kyle Larson or Ricky Stenhouse Jr., competitors who are still searching for their first win in the series. Almirola got in that way in 2014.