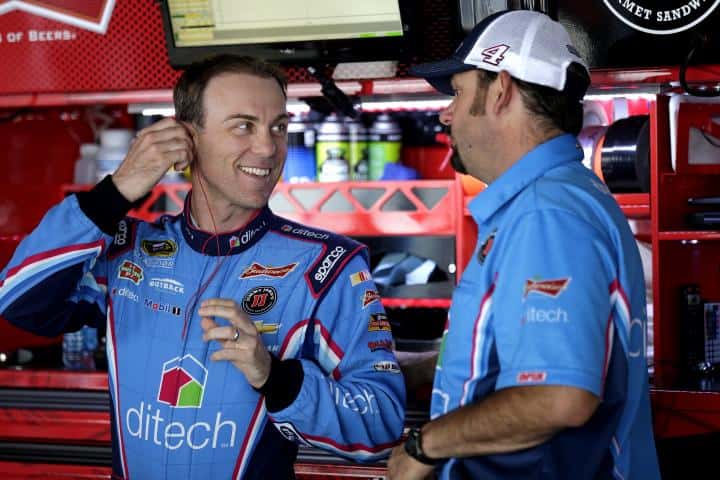 Coming off a championship season with Stewart-Haas Racing, crew chief Rodney Childers has signed a contract extension with the organization. Continuing to work with Kevin Harvick in the Sprint Cup Series, the tandem is seeking its second consecutive title with the No. 4 team.

“Rodney Childers and Kevin Harvick set a new standard of excellence in 2014 that they’ve carried into this season,” team co-owner Tony Stewart said in a press release on Friday morning. “Keeping Rodney and Kevin together was a high priority, and we’re obviously very happy to have the two of them at Stewart-Haas Racing for many years to come.”

Through the first 13 races in 2015, the pair has won two races, and leads the championship standings by 44 points ahead of Martin Truex Jr. To start the season, Harvick and Childers continued their momentum from 2015, finishing inside of the top 10 in each race with the exception of Bristol.

“I knew when I came to Stewart-Haas Racing that this was a special opportunity,” Childers said in the release. “Kevin’s skills have always been evident, and his hunger and desire to be the absolute best he can be in every practice, qualifying session and race motivates our entire team. We have great leadership at Stewart-Haas Racing along with a deep commitment toward success, excellent people and strong partners. If you want to win, this is where you want to be, and I’m happy to be here for a long time.”

The multi-year deal enables a foundation for a future relationship between Childers, Harvick and SHR. Harvick is signed through 2016, but this multi-year partnership with Childers could be the start of a contract extension with Harvick, who has an average finish of 6.1 to begin the season.

“I think the biggest thing is that I had an option this year that they could have taken, and they came to me and they didn’t want to come up on that option,” he told Frontstretch on Friday morning. “They wanted to come up with a whole new deal. They want me to be there for a long time, so I’m excited to have that done and not have to worry about what is going to happen over the next few years.

“I’ve felt at home since day one. Everybody has had my back, whether it has been good decisions or bad. They let me do what I want to do with the team, and that is important to me. I want to control my destiny and the things that I do, and they let me do all of that. We are still growing everyday and we learn something new about our cars everyday.”