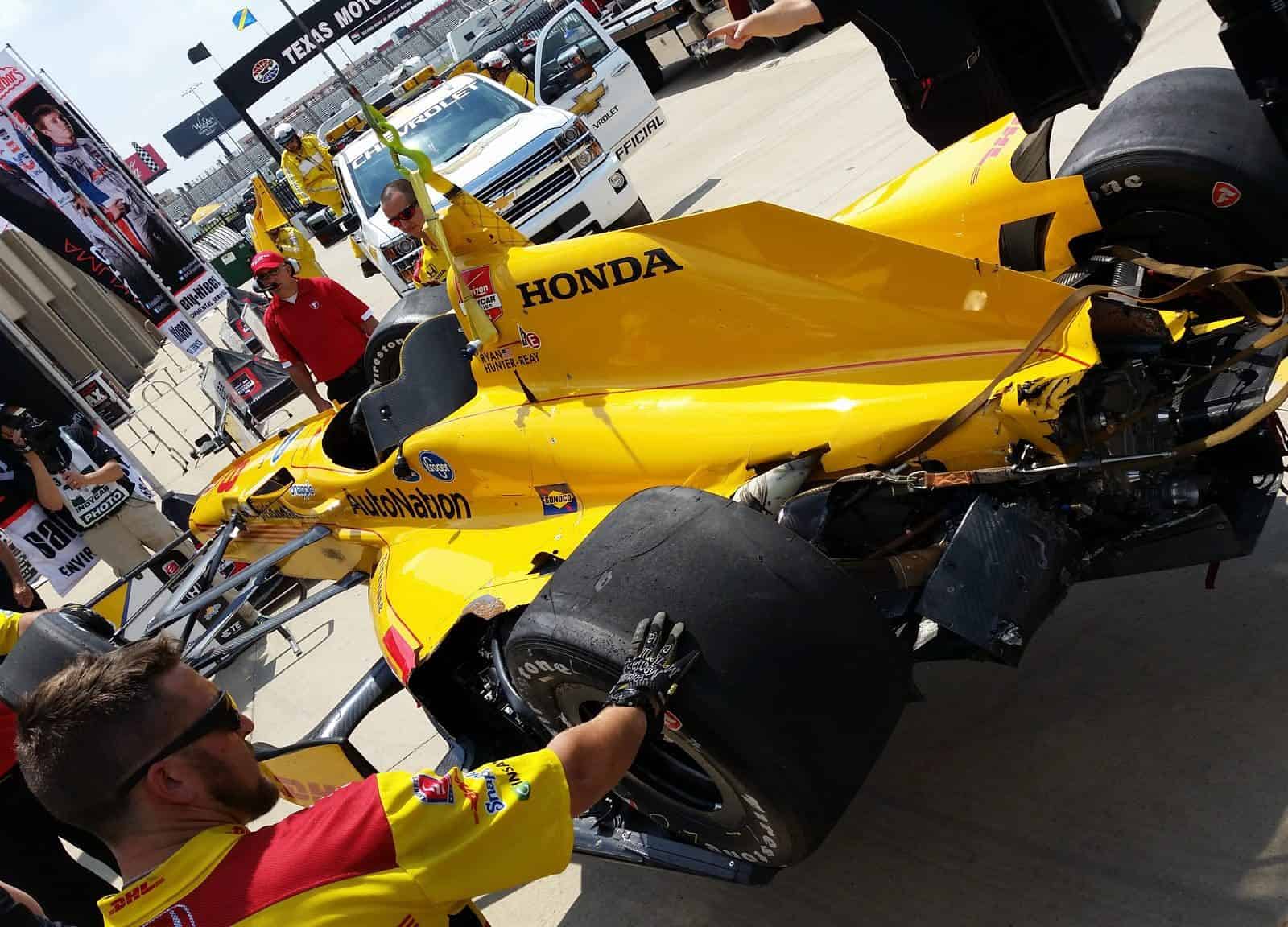 Until Friday, Ryan Hunter-Reay says he had never crashed a DW12 into the wall on a high speed oval.

But that’s exactly what happened as the 2012 IndyCar Series champion suddenly and inexplicably lost control of his Andretti Autosport Honda during the final 10 minutes of practice for the Firestone 600 at Texas Motor Speedway.

Riding in the dirty air behind two other cars, Hunter-Reay just lost control of his car and backed it into the turn 2 wall. Unlike the four cars that went airborne or rolled over last month at the Indianapolis Motor Speedway, Hunter-Reay never left the ground, rolled down the banking and came to a rest on the apron.

Hunter-Reay says he feels fine, physically, but was just confused on how the incident happened.

“I’m surprised,” Hunter-Reay said. “The car had a big understeer and a big push before that. I was behind two cars and all of a sudden the rear was just gone. I don’t know. We’re going to have to look at the data and try to understand what happened.

“It was a complete surprise to me.”

Hunter-Reay said that a large part of his frustration came from not understanding why he lost control of his car in the first place. He doesn’t know if he had cut a tire or if the new aerodynamic package played a role in trashing his primary car.

“Yeah, yeah – I’m good,” Hunter-Reay said about his physical condition. “It’s just a strange deal. It’s almost more difficult when you don’t know why that happened. When you know why it happened, you can apply and learn from it.

“Not knowing right away is tough so we’re going to go back and look at the data and see if we can steer it in the right direction.”

Hunter-Reay does not expect to go to a backup car as the damage was not as severe as first anticipated. It’s also worth noting that the incident occurred while he was in race trim.

“The first run was in qualifying trim and one was in race trim so yeah, we don’t know where it’s going to shake out,” Hunter-Reay said. “Its unfortunate any time you put one in the wall. It’s my first time putting this car in the wall – the DW12 – in the four years we’ve had it.”

Team Penske veteran Simon Pagenaud was fastest in IndyCar practice with a fast lap of 216.172 mph. His teammate, Will Power, and AJ Foyt Racing driver Takuma Sato were the only drivers to crack the 216-mph barrier.