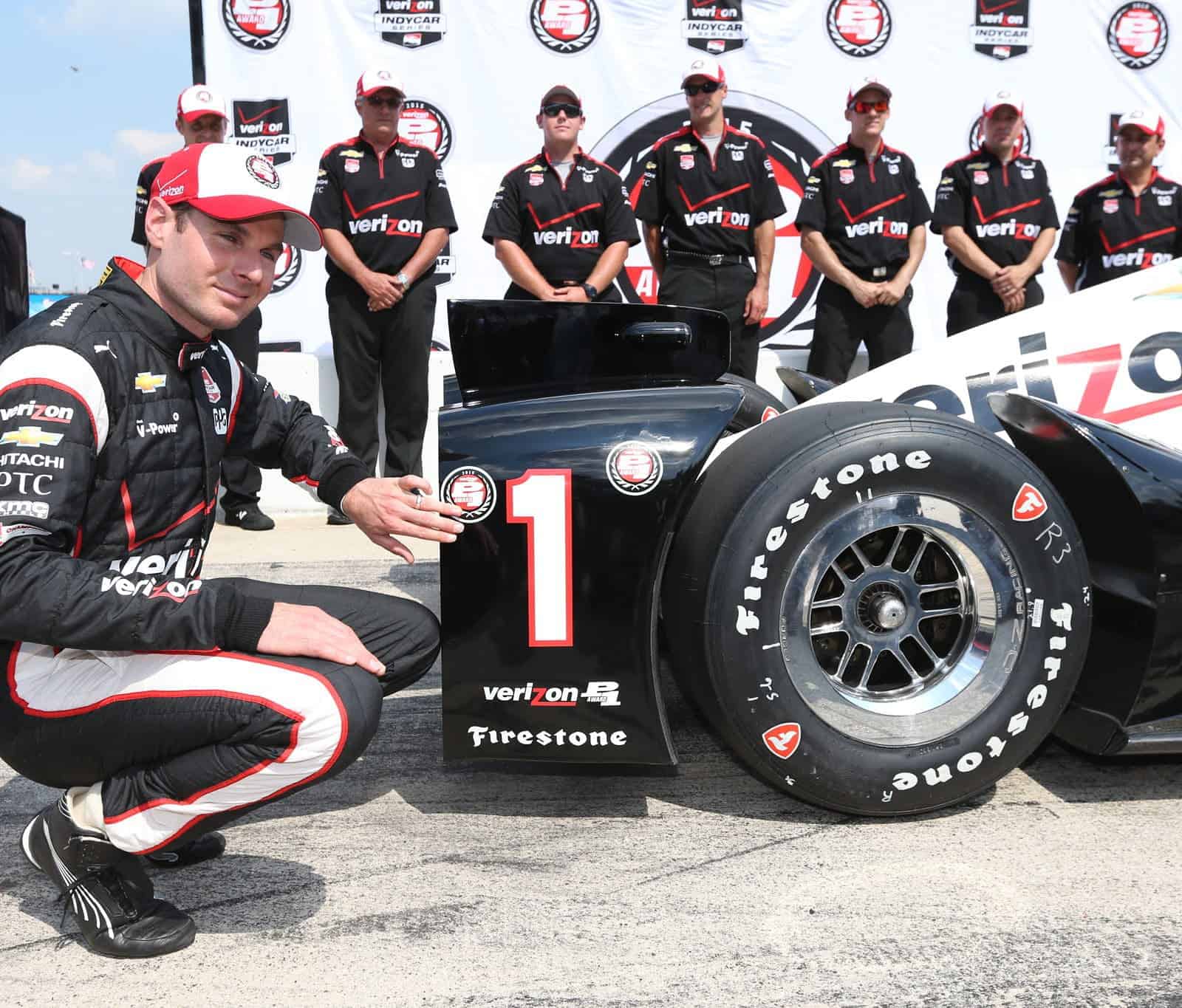 Call it a three-peat.

Will Power earned his third consecutive pole at Texas Motor Speedway, posting a two-lap average speed of 218.519 mph in Friday time trials for the Firestone 600. The pole is his fourth of the season and eighth front row start in nine races this season.

But most impressive is the fact that Power was the first to qualify and dodged 22 bullets en route leading the field to green on Saturday night in the Lone Star State.

“When I drew No. 1 I was a bit worried about conditions, but it stayed consistent throughout the whole run of qualifying,” said Power, who moved into a tie with Rick Mears for fifth on the all-time Indy car pole wins list with 40.

Power also earned the pole in 2014 at 218.896 mph, will be looking to score his second victory at Texas Motor Speedway. He won the second race of the Texas doubleheader back in 2011.

“The race will be interesting,” Power said. “There are many components you can put on the car to add downforce, but it’s really draggy so it’s going to be about finding the compromise between speed loss and grip. I’ve always liked this place a lot. The car moves around. I feel like it’s a real driver’s oval and I enjoy that.

“My wife’s from here, so I got the pressure to always do well. Otherwise, I won’t be invited to dinner.”

Simon Pagenaud was fastest in the only practice session of the day but just missed out on the pole with a two-lap average of 218.441 mph.

“I just missed it by a little bit,” Pagenaud said.

Helio Castroneves followed by Carlos Munoz, Juan Pablo Montoya and Graham Rahal. The complete starting lineup can be viewed below.