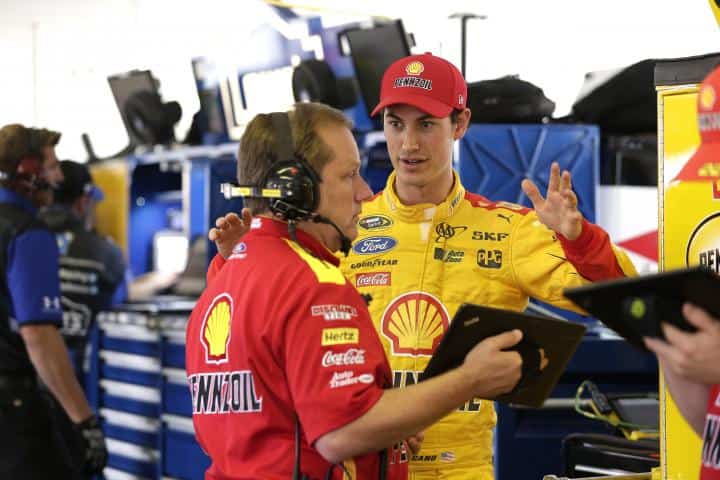 Expectations were high for Team Penske entering the 2015 season. Coming off a year when both their drivers made the Chase, coming tantalizingly close to the top tier organization is aggressively seeking its second title in four years.

Winning a career-high five races last season (more than his previous five full-time seasons combined) Joey Logano nearly won a championship in his second year driving the No. 22 Ford. The Connecticut native was one of the strongest drivers all year at the intermediate tracks, along with teammate Brad Keselowski. A member of the Chase’s Final Four, he wound up third in series points, the best result he has achieved in his young career.

Logano started off the 2015 season just as well as one could imagine – winning the Daytona 500. It was Penske’s second triumph in the “Great American Race,” Logano’s first at a restrictor-plate track. Momentum has carried through the first 13 events of the Sprint Cup Series season, even with some tough breaks at Bristol (finished 40th) and Talladega (33rd). He sits third in series points and looks poised to become a top title contender once again.

So much for nerves knocking down this 25-year-old talent, avoiding the pitfalls often involved with winning NASCAR’s Super Bowl.

“Not any more [pressure] than what we would have if we didn’t win the Daytona 500,” Logano said when asked if early success caused anxiety. “We want to succeed no matter what, and I feel like we’ve had some good runs, for sure. We’ve had a lot of top fives and top 10s this season. We want more than one win, that’s for sure and we need to find a little bit more speed to get to that point. Does it add pressure to us to want to finish off the year great? We wanted to finish off great anyway, so we’re gonna put that pressure on ourselves no matter what – as we should.”

Thus far into the season, the new rules package has not changed much for the team. Entering Pocono last year, Logano was sixth in the championship standings, victorious at Texas and Richmond. This year, he’s tied for third, Ford’s best bet in a season dominated by manufacturer rivals Chevrolet and Toyota. Consistency has been almost exactly the same, posting an average finish of 11.1 compared to a 10.46 average result in 2014.

As he looks to move forward, Logano is searching to follow in Keselowski’s path as a champion for Team Penske. Returning to the site of his second Cup Series victory, one he says “felt like his first” after dueling Mark Martin in 2012, Logano has put him in position for a return trip.