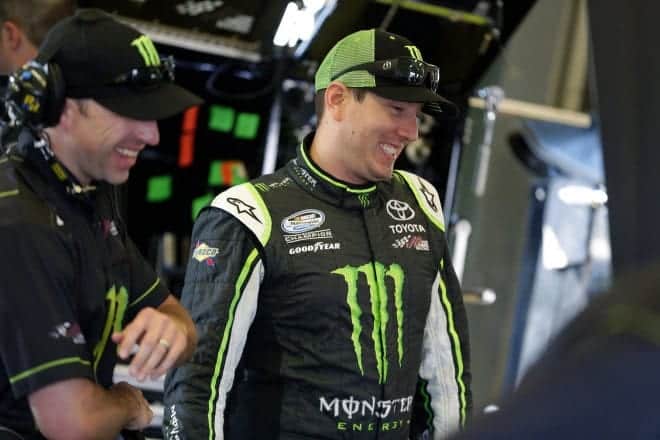 Look out, Xfinity Series. Rowdy’s back.

While Busch returned behind the wheel of his Sprint Cup Series car four weeks ago, running the No. 18 in  the Sprint All-Star race, Saturday will be Busch’s first time competing in the No. 54 Monster Energy Toyota in 11 weeks. Denny Hamlin, Erik Jones and Boris Said were among those who filled in during his absence.

Busch, 30, is the winningest driver in NXS history, scoring 70 victories in his 13-year career as well as a championship in 2009. The Las Vegas, Nev. native most recently won the Nov. 1 O’Reilly Auto Parts Challenge at Texas Motor Speedway to complete a seven-win 2014 campaign.

Future scheduled races for Busch in the No. 54 are unknown at this time.

Referring to Kyle as Rowdy is an affront to Rowdy Yates.

It was a typo. He meant Pouty.