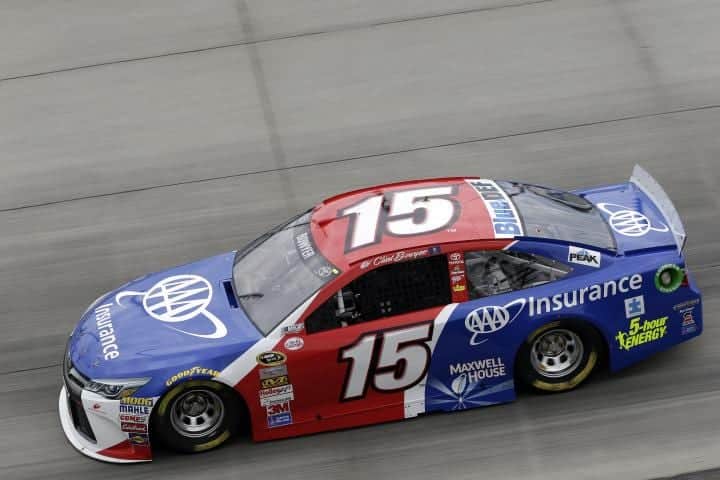 Michael Waltrip Racing announced a crew chief swap for its two-car NASCAR Sprint Cup Series program Tuesday. Each of these changes will be put in place effective immediately.

Brian Pattie will move over to the No. 55 Toyota driven by David Ragan from his spot manning the No. 15. Billy Scott, who has led Ragan and numerous drivers earlier this year, will move over to head up Clint Bowyer‘s operation.

Scott has served as a crew chief for the No. 55 since 2014. A former engineer under reigning Cup champion crew chief Rodney Childers, he’s yet to win at this level and has produced only three top-five finishes – none so far in 2015. Pattie, who is also without a top-five result this season has been with the organization since the signing of Bowyer in 2012. He has led Bowyer to three victories, plus a runner-up finish in the Chase standings during that first year with the team.

MWR has also reorganized the lead, secondary and support engineers for each of its two cars. Car chiefs, road mechanics and pit crews will all stay with their respective teams.

“Our goal is to best position the Nos. 15 and 55 for a berth in the Chase for the Sprint Cup,” said co-owner Rob Kauffman on the swaps. “MWR has an enormous amount of bright, motivated and quality people working to solve the endless challenges inherent to racing. We have won poles and races, we have made the Chase and competed for a championship with this core group of personnel. We just felt it was time to shake things up a bit to try and spark fresh ideas and more consistent results. There are 12 races left before the 2015 Chase field is set and we plan to be a part of it.”

Bowyer currently sits 17th in points, just 20 behind Ryan Newman for the last postseason spot. Ragan, in just his second month with the team, sits in a tie for 23rd and is 84 back of Newman.