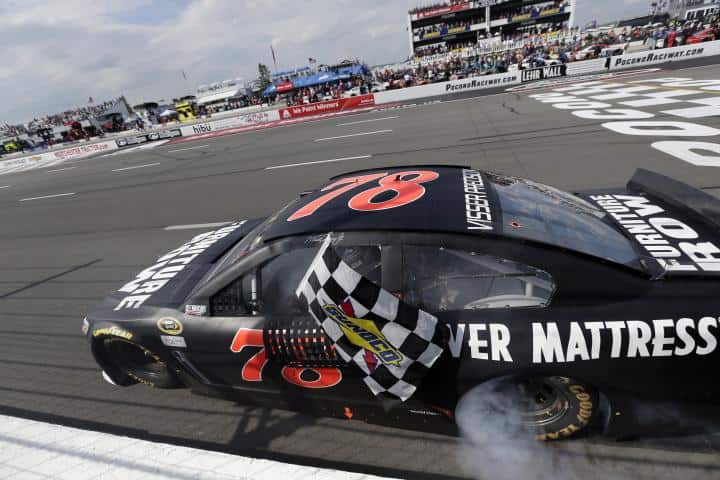 After leading so many laps in the past three races, Martin Truex Jr. finally led the one that mattered most, breaking a winless streak dating back to 2013. This win is his first with Furniture Row Racing since replacing Kurt Busch behind the wheel. Most importantly, it puts Truex and team 78 back in the Chase for the Sprint Cup championship. Listening to the reactions of the fans and drivers, this win is certainly the most popular one of the season so far.

The top four in Power Rankings continue their stranglehold on the field as they finished in the top four Sunday at Pocono. In addition, six of the top 10 in Power Rankings after Dover finished in the top 10 at Pocono. Kevin Harvick nabbed another top-two finish while Truex Jr. added to his top-10 tally. He’s most certainly the class of the field when it comes to consistency.

Next up are the rolling hills of Michigan. A wide, high-speed track that will favor those with a knack for fuel-mileage. But first, see if your favorite drive made the top 15.

2 thoughts on “Frontstretch NASCAR Power Rankings: Top 15 After the 2015 Axalta We Paint Winners 400 at Pocono”