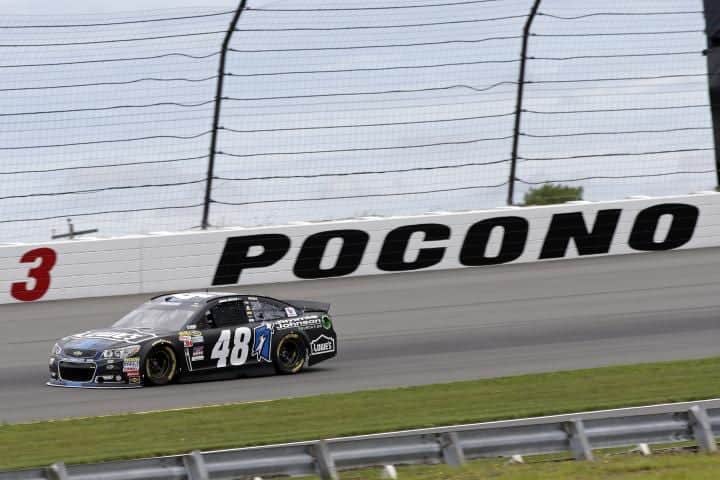 A new phenomenon in NASCAR’s penalty process is handing out written warnings for teams having problems going through inspection.

NASCAR confirmed Wednesday that Jimmie Johnson‘s No. 48 team failed to get through pre-race inspection three times on Sunday. For that occurrence the team was handed down a written warning, the fourth one the team has received in 2015, following warnings at Atlanta, the Sprint All-Star Race, and the Coca-Cola 600.

Sam Hornish Jr.‘s No. 9 team also received a warning from NASCAR for having an issue during pre-race inspection.

Danica Patrick‘s No. 10 team and David Gilliland‘s No. 38 team also received a written warnings after both teams failed to get through pre-qualifying inspection multiple times. The warning was Patrick’s second of 2015, following a warning during the season-opening Daytona 500.

Both Johnson and Patrick will lose 15 minutes of practice time before this weekend’s race at Michigan International Speedway due to multiple warnings.

The No. 48 team’s warning following the Coca-Cola 600 would have resulted in Johnson receiving a P1 penalty for warnings in consecutive weeks, which would have been the last pick of pit stalls at Dover International Speedway. But the penalty was deferred when Hendrick Motorsports appealed,  and the National Motorsports Appeals Panel then rescinded the penalty on Tuesday, citing a lack of evidence to justify the warning.

With one warning rescinded, Johnson has accumulated three total penalties in a little more than three months.

If a team receives six written warnings in a six-month period, it could result in a P2 penalty. The NASCAR rulebook lists a P2 penalty as one (or more) of the following: loss of 10 championship driver and owner points; $10,000-$25,000 fine; suspension for the crew chief,and/or any other team members for at least one race; probation through the end of the calendar year for the crew chief.