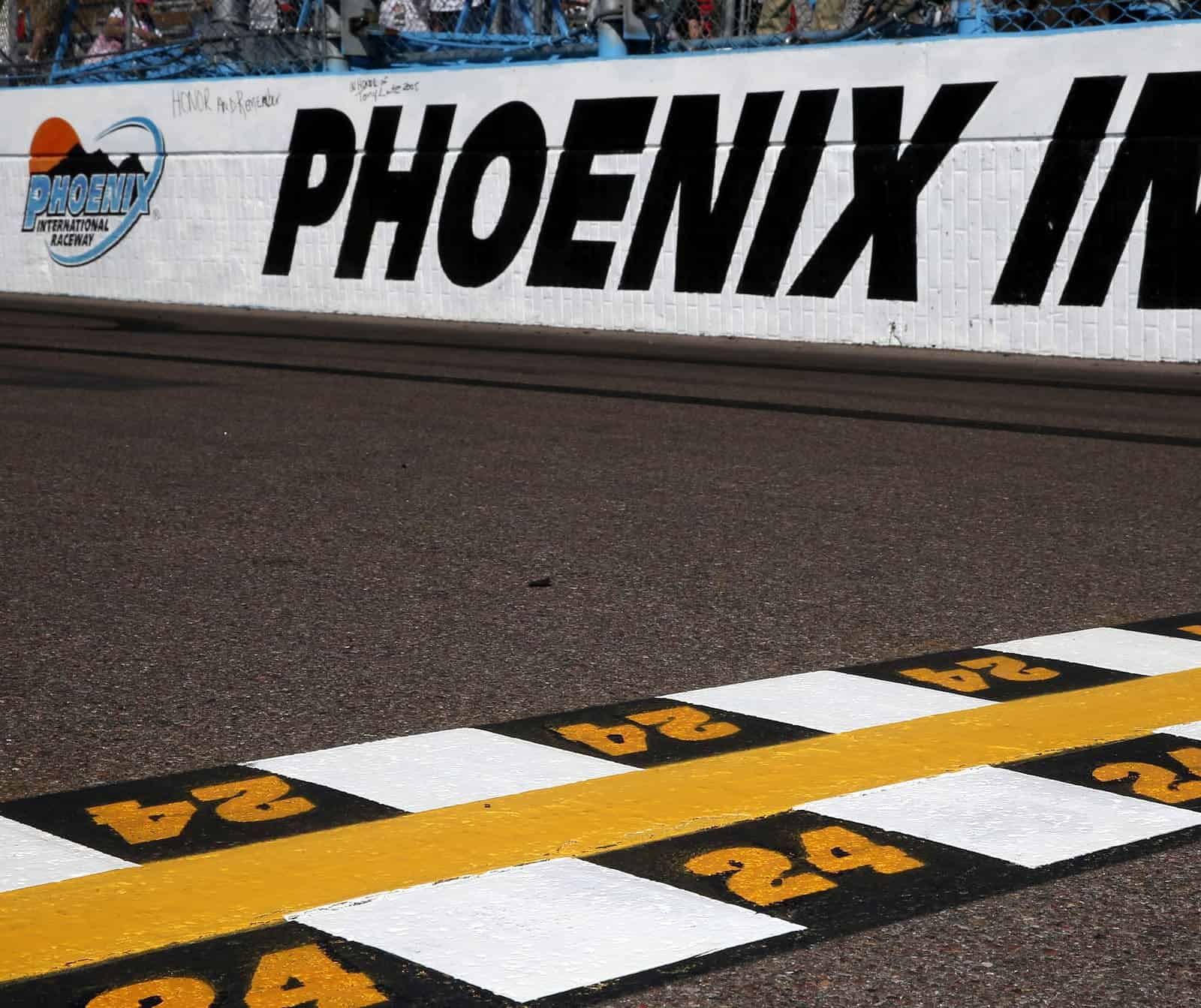 In what’s become a friendly competition between tracks, Phoenix International Raceway (PIR) may have the greatest gift Jeff Gordon will receive in his final season: the name of the track, if just for one day.

An official announcement is expected Friday.

Gordon, a four-time winner at PIR, has been honored by every track on the circuit as he runs his final season. Tracks have given Gordon gifts, placed his No. 24 on everything from speed-limit signs to the infield grass, and Bristol Motor Speedway even allowed his children, Ella and Leo, to give the “start your engines” command during pre-race festivities.

“We were thinking of it like an athlete getting the keys to the city,” PIR President Bryan Sperber said to azcentral. “It (the idea) took off from there. Starting with the quirky layout of our track, it seems like Phoenix always does things a little different.

“We’re the next-to-last race so a lot of good ideas will already have been implemented at other venues. We thought, ‘We better step up our game’ and do something really cool, that the fans can be a part of, that what we do for Jeff is remembered.”

Some of Gordon’s biggest milestones have come at the Arizona track. Gordon’s 76th-career Cup series win in 2007, tying him with Dale Earnhardt’s career total, was voted the most memorable moment of the track’s history by fans. Gordon also won the track’s inaugural Xfinity Series race in 1999.

The renaming of the track will include special events and memorabilia. PIR will produce limited sets of five trading cards for Gordon, featuring his top moments at the track. One car will be mailed out with each ticket mailing. Gordon will also sign a few, with them, along with a signed car hood with the Jeff Gordon Raceway logo, being auctioned to benefit Gordon’s Children’s Foundation.

Fans will be asked to participate in the salute as well. Fans will be asked to submit their favorite Gordon memories as part of a special “24 Moments of Greatness” campaign, as well as write messages to Gordon on a painted “24” at the track’s start/finish line. Fans will also be able to purchase Jeff Gordon Raceway logo memorabilia.