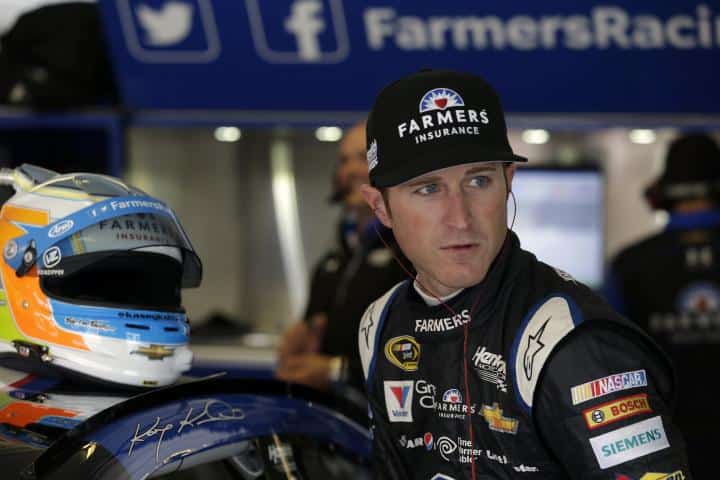 For the first time since 2012, Kasey Kahne will start a NASCAR Sprint Cup Series race from the pole.

Kahne put down a 201.992 mph lap in the final round of Coors Light Pole Qualifying to take the top spot for Sunday’s Quicken Loans 400 at Michigan International Speedway.

Kevin Harvick was forced to settle for second after topping the first two rounds of the session. Brad Keselowski, Carl Edwards, and Ryan Blaney will make up the rest of the top five.

On the same day that Phoenix International Raceway announced a name-change to honor him, Jeff Gordon qualified in sixth. Austin Dillon made his fourth-straight final round to qualify in seventh, with defending race winner Jimmie Johnson qualifying eighth.

Martin Truex Jr., Kyle Busch, Joey Logano and Matt Kenseth filled up the rest of the top 12 after making the final round.

Denny Hamlin appeared to have a car capable of qualifying on the pole, putting down the third-quickest time of the first round, but was eliminated after the second round when he put up the 13th-quickest lap.

Brendan Gaughan failed to qualify for Sunday’s race after putting down the first round’s slowest lap. With 44 entrants, Gaughan’s No. 62 team will be the only team to miss the race.