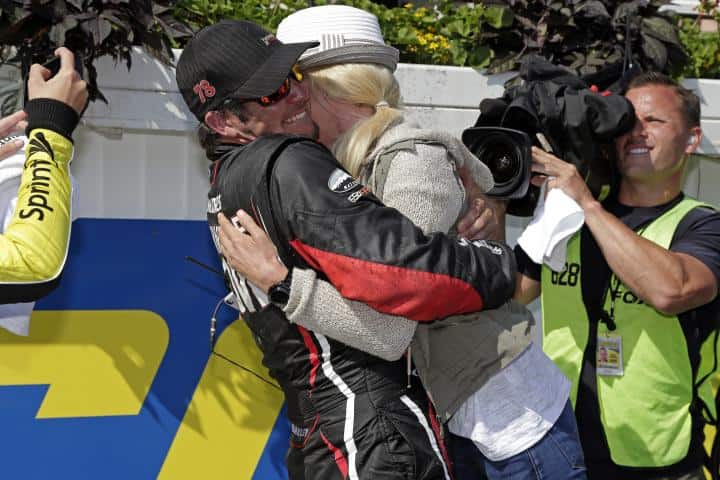 Martin Truex Jr.’s win was well deserved. The Mayetta, N.J. driver had led the most laps in the three previous weeks, only to be shut out of victory lane. The 34-year-old driver was also in the midst of a 69-race winless-streak, stretching back to the 2013 Sonoma triumph with Michael Waltrip Racing that ironically set him up for the Richmond scandal which ultimately led him to Furniture Row Racing.

Truex has been through difficult times in the past two seasons, overcoming both on-track struggles and longtime girlfriend Sherry Pollex’s public battle with cancer, but his winless skid wasn’t the worst in recent history.

In recent years, some of the most famous names in NASCAR have had to overcome inexplicable winless streaks to get back on track, including names like Gordon, Martin and Jarrett. That said, here are the five biggest streak-ending victories of the 2000s.

While Truex’s newest winless streak wasn’t too long, his first one certainly was. Truex took his first career-win in 2007, dominating a rain-postponed race at Dover. The two-time Xfinity Series champion seemed to be getting ready to rattle off wins in bunches, but failed to make his way back to victory lane as Dale Earnhardt Incorporated deteriorated.

In need of change, Truex leaped over to MWR as the team found its footing. Growth was slow, with Truex going winless for over five years, but his patience and determination was finally rewarded when Truex ended his 218-race losing streak at Sonoma Raceway.

By the late 2000s, Mark Martin’s career appeared to be coming to a close. The Batesville, Akansas native had gone down to a part-time schedule, running 24 races in both 2007 and 2008. Even worse, Martin had gone winless since 2005, including an agonizingly close runner-up finish to Kevin Harvick in the 2007 Daytona 500.

However, all of that came to an end in 2009 when Martin joined Hendrick Motorsports. The veteran drove away from Ryan Newman on a late restart to become the third-oldest winner in NASCAR history at Phoenix International Raceway. Martin would go on to win five races that season before finishing second in series points, proving that he was still one of the best drivers in the garage.

143 races. That was how many races it had been since Earnhardt Jr. had gone to victory lane. NASCAR’s most popular heard about it every week, too, being asked if “this week is the week” by every analyst that was bold enough to put a microphone to his mouth.

Earnhardt finally silenced the critics at Michigan, the same site as his first win for HMS, leading 95 laps and dominating in a special The Dark Knight Rises paint scheme to score his first win since 2008. The win established Earnhardt and crew chief Steve Letarte as legitimate contenders. The duo would rise to the top of the Sprint Cup Series points standings a month later at Indianapolis.

Phoenix International Raceway is a driver’s track, surrendering wins to only the best drivers on the circuit. It’s fitting, then, that one of NASCAR’s most legendary drivers overcame lingering struggles at the track.

Gordon worked his way around Kyle Busch in the waning laps of the track’s spring race to score his first win since early 2009, snapping a 66-race winless drought in the process. In classic Gordon style, the four-time champion overcame early contact with the wall and late restarts to earn the win.

Following the race, critics knew that Gordon was back.

The 2001 Daytona 500 was one of the darkest days in NASCAR history: The day Dale Earnhardt Sr. died. Sadly, the tragic accident overlooked one of Earnhardt’s boldest – and best – moves. Despite a winless streak that had stretched to 462 races, Earnhardt put faith in Waltrip, placing the Owensboro, Ky. driver in the No. 15 Chevrolet for his own DEI team.

Fans and critics alike scratched their heads at the move, but Waltrip proved that Earnhardt’s faith was well-placed, driving to the win in NASCAR’s biggest race. Waltrip would go on to win three more races, including the 2003 Daytona 500, where he was finally able to celebrate a Daytona victory.

As soon as MTJ won his race…I thought well it is about damn time and I don’t mean that in a good way. 3 wins in over 12 years is nothing to brag about, but it does warrant a big yawn. I knew the media would blow this up huge..they dragged everything regarding Martin’s personal life, I am surprised we haven’t hear about his first puppy or the first bicycle he received for Christmas. Tis funny how they report on certain drivers.

Though I didn’t watch a lap, I’d bet Truex and the rise of the 78 team are the only things that made Pocono any different from your average follow-the-leader track position show. That’s probably why they’re pushing his story so hard. Without him it’s Harvick vs. Johnson in the Battle of zzzzzzzzz.

Let’s not forget that after he finally won a race (a plate race nonetheless) Michael Waltrip went on to have a brilliant racing career. Oh wait, no he didn’t. Never mind.