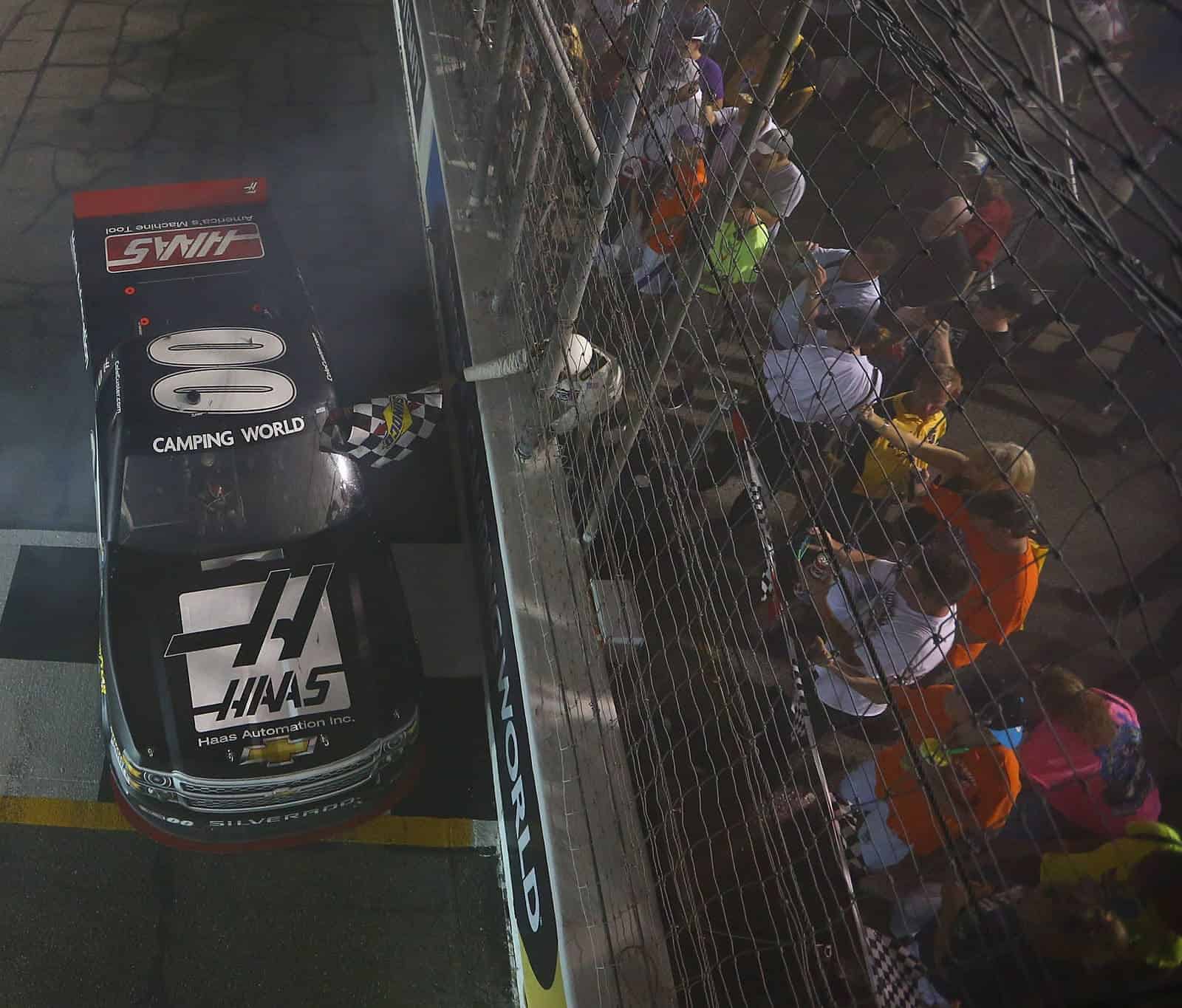 In a race that was a struggle for survival for much of the night, it was seventeen year old Cole Custer who came out on top and went to victory lane in the Drive for Lineman 200. The win for Custer was his first victory in 2015 and the second of his career. Custer earned his first career victor at New Hampshire Motor Speedway last season.

The 200-mile, 160-lap event was causing trouble for the competitors even before the green flag ever flew. In addition to washing out qualifying, rain delayed the start of the race by two hours. Erik Jones, per the NASCAR rulebook, started on the pole and similar to what he has done recently in the Camping World Truck Series, dominated the race. The defending series champion Matt Crafton was hot on his trail throughout the night. By the end of night, though, both Toyota drivers each had their own issues.

With 18 laps remaining, Jones spun underneath and lapped truck and then stalled on the track, relegating him to a less than satisfactory 23rd-place finish. This should have given Crafton a clear, easy path to victory, but that wouldn’t be the case either. On the next restart, contact between John Hunter Nemechek and Crafton sent the driver of the No. 88 into the wall with less than 10 laps to go. Crafton would finish the race in 21st.

Jones and Crafton’s trouble opened the door for Custer to score his second career NCWTS victory. Leading two times for a total of 19 laps, Custer held a .871-second lead at the end of the race. Spencer Gallagher finished second, followed by Crafton’s teammate Johnny Sauter in third, Nemechek in fourth and Cameron Hayley in fifth.

The race featured six cautions for 35 laps., including the incidents with Jones and Crafton. The first caution of the race came when Mason Mingus and Justin Boston made contact and crashed together in turn 1. With 69 laps to go, the yellow flag threw for the third time when Boston’s Kyle Busch Motorsports teammate Matt Tifft crashed in the same corner. Tommy Regan‘s stalled car on the axis road on turn 2 brought out the caution for the fourth time with 43 laps remaining in the event.

Crafton was able to maintain his position in points, and now has a 12-point advantage over Daytona winner Reddick. Sauter is currently third in points with a 30-point deficit to Jones in fourth, trailing Crafton by 33.