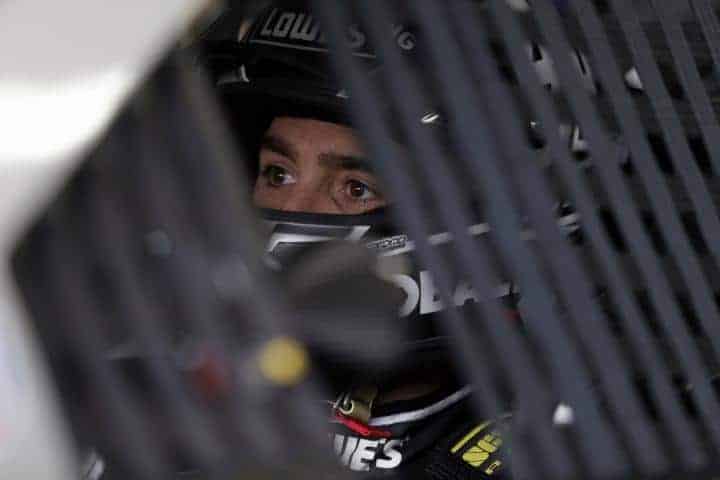 ONE: A Week Off

15 races of the 2015 Sprint Cup Series are in the books as we head into a rare weekend off. Just 11 races shy of the start of this year’s playoffs, Jimmie Johnson has the most wins with four in total, Kevin Harvick and Kurt Busch have two apiece and seven other drivers have one Chase securing victory. Harvick has the most top-fives (nine) while Martin Truex Jr. has the most top-10s – an incredibly consistent 14 out of a possible 15. Harvick also dominates the most laps led category with 1,225, nearly twice as many as Busch in second place (665 laps led); Joey Logano has the most poles with four.

None of these results, save the remarkable form of Truex, are particularly surprising with the big names doing what the big names are wont to do: succeeding. But as we count down towards the all-important final 10 races, there are still six Chase places up for grabs, via a win or via points. There are also three “wild-card” races – Daytona International Speedway and the road courses of Sonoma and Watkins Glen – on the docket, so there’s plenty of time for an unexpected name to book a playoff berth before we get the final 10 races underway. But first, though, it’s a much-deserved off-week for the Cup garage. Make the most of the lazy Sunday, there’s only one more to come (week of August 24th) before the season is done.

Accolades and tributes notwithstanding, it’s not been the banner year that Jeff Gordon would have been hoping for to close out what has been a sure-fire first-ballot Hall-of-Fame career. Based on the overall points standing, Gordon is third in line for a place in the Chase, 30 markers behind Jamie McMurray and 13 behind teammate Kasey Kahne. But you can be sure Gordon doesn’t want to have to rely on getting in via the points – especially given we may yet have more first-time winners before we hit the Chase.

More worrying for Gordon is that he has just a pair of top-fives (third, Bristol Motor Speedway; fourth, Kansas Speedway) on the year so far. And of the 162 laps he’s lead this year, 134 of those circuits came during the Daytona 500 (87 laps) and Talladega Superspeedway (47 laps). Then you have the in-race argument at Pocono Raceway with crew chief Alan Gustafson that required intervention from the spotter, Eddie D’Hondt. Now this is itself is not particularly remarkable (“Driver and Crew Chief Argue” is not a new NASCAR headline by any stretch of the imagination) but it is, perhaps, indicative of the intense pressure Gordon is feeling to get a win and to lock in his Chase berth. Could Gordon miss the Chase in his final season? It seems unlikely, and a win would solve everything, but while Gordon is still locked out of Victory Lane for 2015, the question will continue to be asked.

All season long there has been a plethora of discussions about the two most dreaded words in NASCAR: aero push. From broadcaster to fans to teams to drivers, the complaints have been numerous and vociferous, so it’s good to see recent reports that things might be changing. The rumor, which at this stage is still unconfirmed, is that teams will be able to run lower downforce cars at the upcoming Kentucky Speedway race on July 11. Reports suggest that teams are already testing the new configuration, which includes a shorter spoiler, smaller radiator pan and shorter splitter. It’s possible that teams have already been testing these modifications in the wind tunnels in preparation for Kentucky. NASCAR Vice President and Chief Racing Development Officer Steve O’Donnell, commenting on the matter in a UK radio interview on Downforce.co.uk last week, noted: “You’re going to see us probably make some moves as early as this year, so some exciting things are going on as we head into the second half of the series.” Let’s hope the usually reliable O’Donnell is right on the money. It can’t be over-stated how much the Sprint Cup Series needs this shot in the arm.

FOUR: Next Up – Wine Country

After the weekend off, the next stop on the Sprint Cup circus is beautiful Sonoma Raceway in the heart of wine country. And I for one can’t wait as Sonoma is now my local track – I live about 15-20 minutes drive from the venue and to say I’m excited to attend is an understatement. I get that not everyone likes road racing, but it’s something that I’ve always been fascinated with perhaps due to my upbringing watching Formula 1. This will be Cup race number 27 at the 1.99-mile circuit, which is configured down from the full 2.52-mile length just for stock cars. California native Gordon dominates the all-time stats with five wins, 14 top-fives, 18 top-10s and 457 laps led. And as mentioned in a point above, this would be a timely week for Gordon to make it six wins at Sonoma. This time last year, Carl Edwards took the checkered flag leading the final 26 laps but it was AJ Allmendinger who caught the eye in the early going pacing the field for 35 laps (the most on the day). We will likely see some road-course ringers attempt to make the field but unlike in the past, their advantage is significantly less than it previous has been. It should be a fun one to watch in beautiful Sonoma County.

And finally this week, a quick word on the 2011 Daytona 500 champion Trevor Bayne who scored his first top-10 for Roush Fenway Racing at the Cup level and just his fourth in 73 total races at the highest echelon. His previous three top 10s – winning the 500 as mentioned, ninth at Las Vegas Motor Speedway and eighth at Talladega Superspeedway in 2012 – all came while driving for the famed Wood Brothers Racing team. True, it’s just a solitary top-10 in a rain-shortened race but for a driver with an average finish of 26.5 on a team that has struggled mightily in 2015, it’s at least a small step in the right direction.

It doesn’t appear that Jeff is going to contend for a win any time soon.
maybe it is time for a shake up on his team and time to prepare for next year.
Put Ken Francis on the 24 box and move Alan G. to finish the year as crew chief for Chase Elliot to prepare for next year.I am sure there is a place in the organization for Ernie Cope who is a proven winner