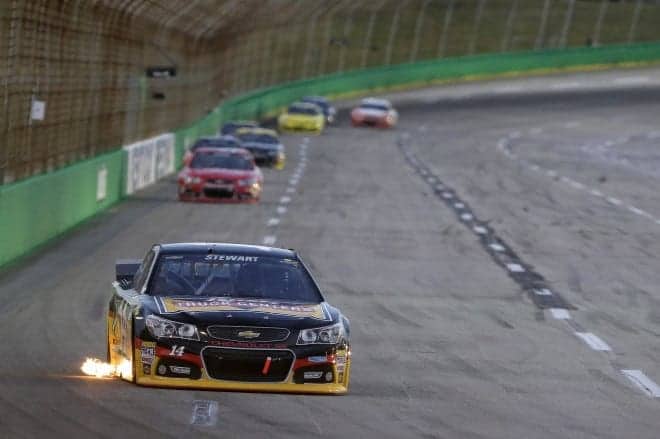 When NASCAR hits Kentucky Speedway next month for the Sprint Cup Series race July 11, things will be just a little different.

Today (June 16), NASCAR announced a new rules package on Tuesday for the NASCAR Sprint Cup Series race at the Sparta, Ky., speedway. NASCAR’s Steve O’Donnell made the announcement on a teleconference.

The package, specially fit for Kentucky, will have numerous but simple changes along with it, including a reduced spoiler, wider splitter and tires that have more grip but are not specific with the package. The goal of these changes is to create tighter racing throughout the field.

Despite the announcement, NASCAR is still not done making tweaks to the package and has been working among the team owners, drivers and OEMs on the matter for quite some time. O’Donnell said some drivers were very vocal on these changes as others were wanting something a little bit different.

There were rumors a while back about a different package coming for last month’s Sprint All-Star Race at the Charlotte Motor Speedway. With those talks going on, NASCAR decided to give it some more time and felt Kentucky would be a great fit. O’Donnell acknowledged that NASCAR was not ready to initiate it back then.

However, because only a few teams show up for open testing, there will be some unknowns going into the weekend in terms how the package will affect the cars racing up front. This will be one of the key things for which fans will look out.

For now, this package will only be used for Kentucky, though O’Donnell said other changes at various tracks are not being planned at this time but did not rule out the possibility.

Hey Helton!! Put down that rudder and grab a caution flag. There’s another cookie cutter coming.

How does this effect the current different rules packages for diffrent organizations policy?