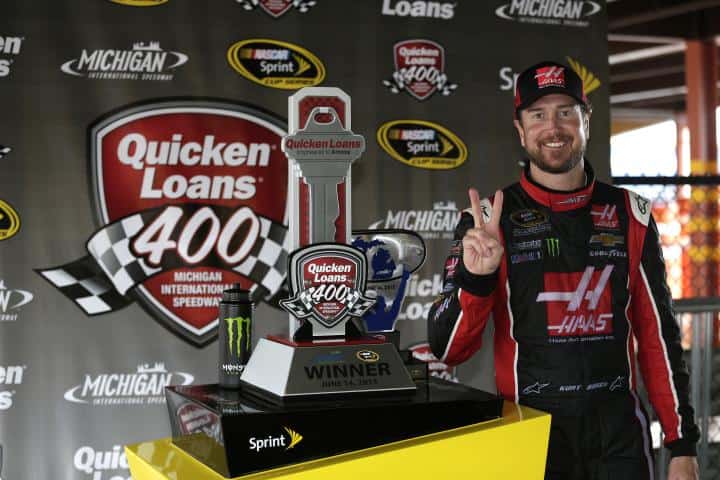 Another week of rain showers, but this time Mother Nature got the best of NASCAR. After four rain delays and hours of starting and stopping the race to dry the track, NASCAR officials called it with 62 laps to go when the skies opened up and took final control of the day. Kurt Busch was declared the winner giving him two victories so far this season.

The ‘Heartbreak Award’ surely goes to Kyle Larson who was playing the fuel-mileage game knowing that weather was in the area. He had no choice but to pit for fuel just three laps before the rain came and halted the race for the final time. Meanwhile, for the first time in what seems forever, Kevin Harvick had a bad race. Although he was one of the dominant cars and led a total of 63 laps, Harvick lost a valve stem on a tire, had to pit and was never able to recover. He would finish 29th. Martin Truex Jr. continued his stellar season with another top-10 finish. That’s 14 top-10 finishes in the first 15 races which ties Richard Petty who managed that same feat in 1969.

Teams are off this coming weekend as they prepare for the West Coast trip to Sonoma and the first road course of the season. See if your favorite driver made the top 15 after Michigan.

Again this faux rivalry business with Harvick and Logano. I will bet my last dollar that Logano could give a rat’s butt about Harvick, but the every mature (sarcasm) almost 40 year old seems to be very interested in Logano and all things Brad. That is how bully’s and stupid people act! Imo of course… :)