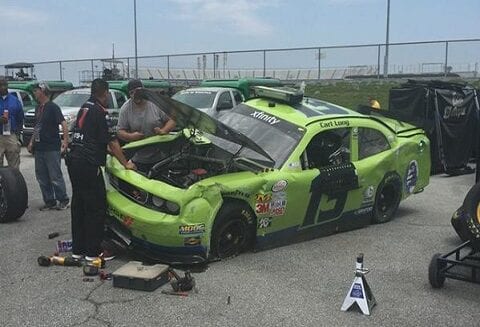 Another appeal heard; another penalty upheld.

The National Motorsports Appeals Panel, Xfinity Series team Obaika Racing and NASCAR met on Wednesday to hear the appeal one of the penalties levied against the team following the Dover race weekend in May.

A P3 penalty was announced by NASCAR the following week for an improperly attached weight on Peyton Sellers‘s No. 97. During practice, the weight became unattached and flew into the front end of Carl Long’s car.

The team appealed the 15-point penalty on Wednesday, but the motion was denied. The Panel found that the team violated the NASCAR rule book Section 20.17.2.1b – “Any and all ballast added to the vehicle must be bolted inside an added ballast container inside the main frame rails, and/or inside the front sway bar mounting tube” — and the points penalty was acceptable.

The team can appeal this ruling to the National Motorsports Final Appeals Officer, but has yet to announce if it will do so.