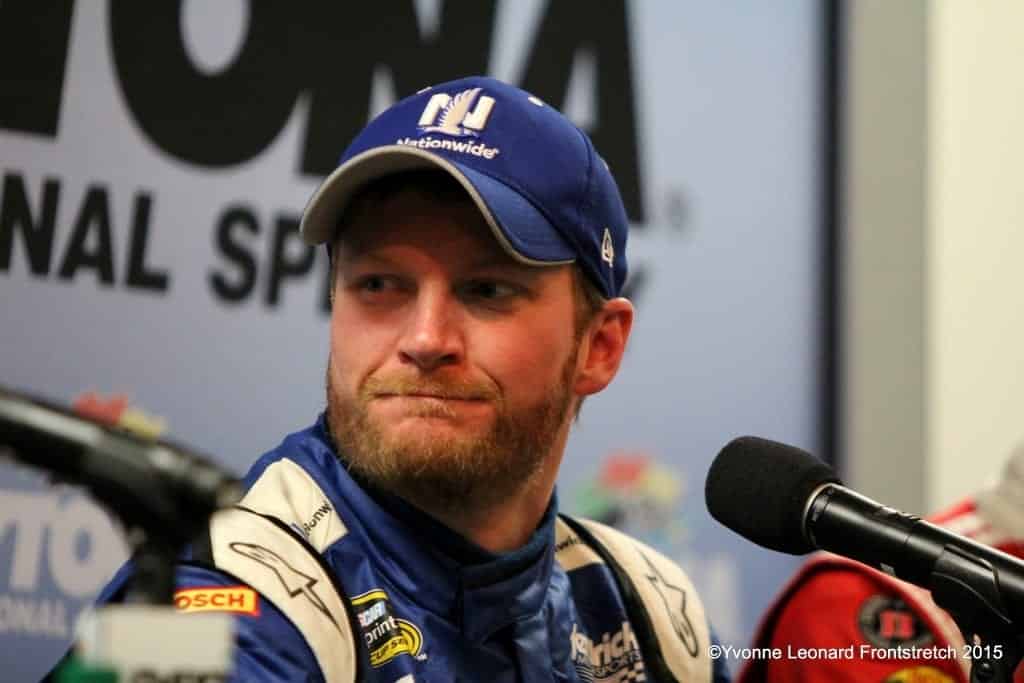 One of the big announcements that was made this week was NASCAR’s decision to implement a different rules package for the upcoming race at Kentucky. The decision to make changes to the current aero package is warranted but the question that comes about is: are the alterations enough?

As has been documented everywhere, the spoiler, the radiator pan and the splitter will all receive some sort of modification with the promise of lessening downforce and the hope of increasing the notion of passing. Sure, why not change the rules for a points paying race in the middle of the season – that makes sense. The governing body had the chance to try out this new configuration for the All-Star Race but in their sagacity, decided against it. It seems now that it would have been the better decision – both to give the drivers a feel for it and to allow teams to start crunching data.

The big part of this announcement is that NASCAR did something that seems anathema to their usual practice: they admitted that something isn’t working. During the announcement, they actually noted that passing has been down in 12 of the first 15 events. And here we thought that the powers that be didn’t bother to watch and were spending their time counting their money. To admit that something isn’t working is a welcomed statement of honesty.

There’s two problems. The first one is that they are not making changes to the engine spacer. As long as that part is in the engine configuration, the drivers will still be hammering down. It’s that aspect, bringing the so-called reduction in horsepower, that is much of the culprit for drivers staying the gas. Remember, it’s corner speeds that are up this year.

The second problem is that the sport is so regulated that it’s not letting these mad-genius engineers have any fun. Sure, there has to be some kind of level playing field but that doesn’t mean that sometimes a team or driver is just not that much better than the rest. The rules dictate that each football team sends 11 players out to play, but the strength and speed of the those players varies, as does scheme, and right now NASCAR seems to continue to take away those variables in the equation.

Guess we’ll just have to wait about a month to see how Kentucky plays out.

Happiness Is… Family. So the other BIG story this week is that Dale Earnhardt Jr. decided to go to Germany. The 12-time most popular driver is there to look into his family heritage, which traces back to a small town there. He also tweeted out that he’s been happy to drive on the Autobahn and to taste some of the local suds. There was no message about whether or not he would be working on his Deutsche. While getting away is nothing new for drivers during an off week, this trip marks just the second time that Earnhardt has journeyed to Europe. Then again, if you owned a property as large as his, you might not leave the states either.

OK, the real story is that Earnhardt became engaged to his longtime girlfriend, Amy Reimann, adding to the family lineage. The fact that this engagement has received so much press is not all that surprising, considering his popularity. Now that the relationship has progressed, will Reimann be more of a presence at the tracks? Less?  And of course, the media will be looking for the full scoop on the nuptials whenever they may occur, with sponsorship from Nationwide. Or perhaps more importantly, when does Baby Jr. Jr. begin?

Happiness Is… Retro. Last week, this column made fun of the fact that the upcoming race at New Hampshire will feature Bret Michaels as pre-race entertainment and Adam Sandler giving the command to start the engines. The humor in the situation is that it seemed like Loudon was trying to transport fans back into the early 1990s when both enjoyed their heyday. Fear not, they are not alone as David Spade will be bringing his shtick to the Coke 400 at Daytona.

Spade is out promoting the sequel to his 2001 film Joe Dirt and will give the command to fire up the engines. That he made a sequel to a film made 14 years ago is comical, it’s not like Joe Dirt was Star Wars or The Godfather, but then again, comedy is its own thing. The hope, however, is that he wears the mullet to give the command in style. And hey, at least it’s better than Chris Soules, whoever he is, being the grand marshal at the Iowa truck race.

Happiness Is… Breather. The Cup crusaders are taking Sunday off this week, allowing fans a break from the drama (or seeming lack thereof this season). The schedule is granting one of those rare Sundays to be free and run amok. Sort of. The Truck and XFINITY drivers will be doing their thing at Iowa and Chicagoland, respectively. Almost every race at Iowa is enjoyable, but having a standalone event for NXS at Chicago has become perplexing over time. The fans will likely fill the stands in the corn state – as for the other race, if you squint real hard you just might be able to see some people there. That latter aspect is a bit of a disappoint for that series; hope is that the race is a good one.

Happiness Is… Pops. Usually there’s racing on Father’s Day. OK, events held at Michigan don’t quite inspire, but it’s an easy diversion if needed. This year Dads will have to turn to the U.S. Open or the Women’s World Cup. No matter what, Happy Father’s Day to those out there.