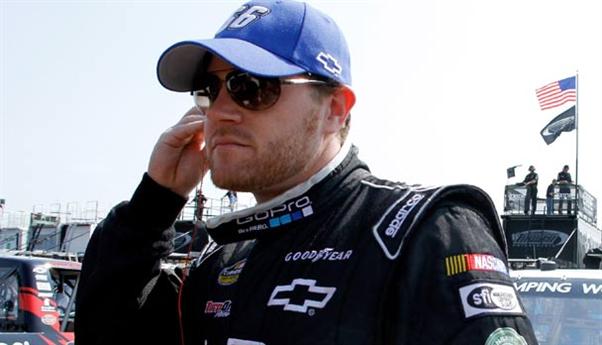 Usually when NASCAR visits a road course, there are always a few new faces that come and drive in the series, drivers from different backgrounds of racing that are much more familiar with road courses than the NASCAR Sprint Cup Series drivers and that could help a team in needs of a good finish.

Next Sunday’s Toyota/Save Mart 350 at Sonoma Raceway will be no different. 34-year-old Justin Marks will pilot the No. 34 Ford for Front Row Motorsports, the team announced via their Facebook page.

Marks will make his second career NASCAR Sprint Cup Series start in the same race he made his debut in two years ago. He is an avid road racer, recording eight wins and 15 podiums in 37 starts in the TUDOR United SportsCar Championship. Marks has also made several starts in stock cars, including 61 starts in the ARCA Racing Series presented by Menards, 37 starts in the Camping World Truck Series and 11 starts in the Xfinity Series.

Marks last competed in a Sprint Cup in February, when he failed to qualify for the the 2015 Daytona 500 with RAB Racing.