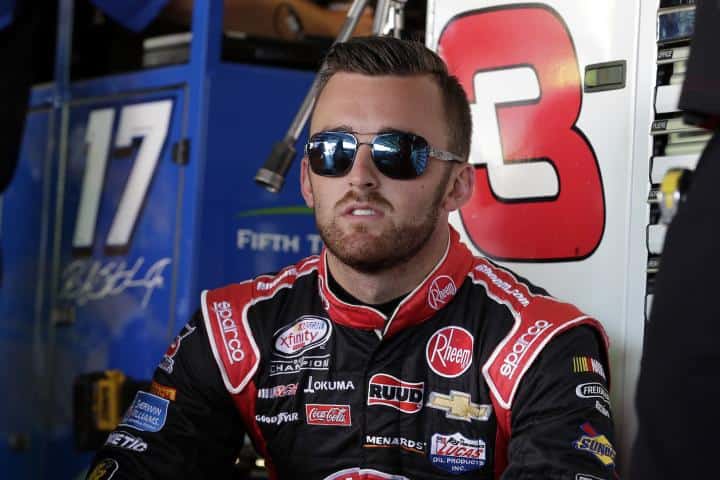 In the final NASCAR Xfinity Series practice at Chicagoland Speedway, the only Sprint Cup Series entrant topped the charts.

Austin Dillon laid down a 30.450-second lap to set quick time in Friday’s final practice session for the Owens Corning AttiCat 300. Dillon, 25, has two victories on the year, coming at Las Vegas and Charlotte.

JJ Yeley was the surprise of the session. Driving the No. 28 Toyota for the underfunded JGL Racing, Yeley ran the second-quickest lap with a time of 30.587 seconds.

Ryan Blaney followed up his second-quickest showing in the day’s first NXS practice with a third-place run in final practice. Drew Herring and Ty Dillon rounded out the top five.

Points leader Chris Buescher set the sixth-quickest time, followed by Dylan Lupton, who will make his Chicagoland Speedway debut tomorrow in the No. 25 Zaxby’s Chevrolet for Athenian Motorsports.

Ben Rhodes and Ross Kenseth ended the session 13th and 14th on the charts. Rhodes, 18, will make his second-career NXS start in the No. 88 Alpha Energy Solutions Chevrolet for JR Motorsports. Kenseth is preparing for his series debut in the No. 20 Dollar General Toyota for Joe Gibbs Racing.