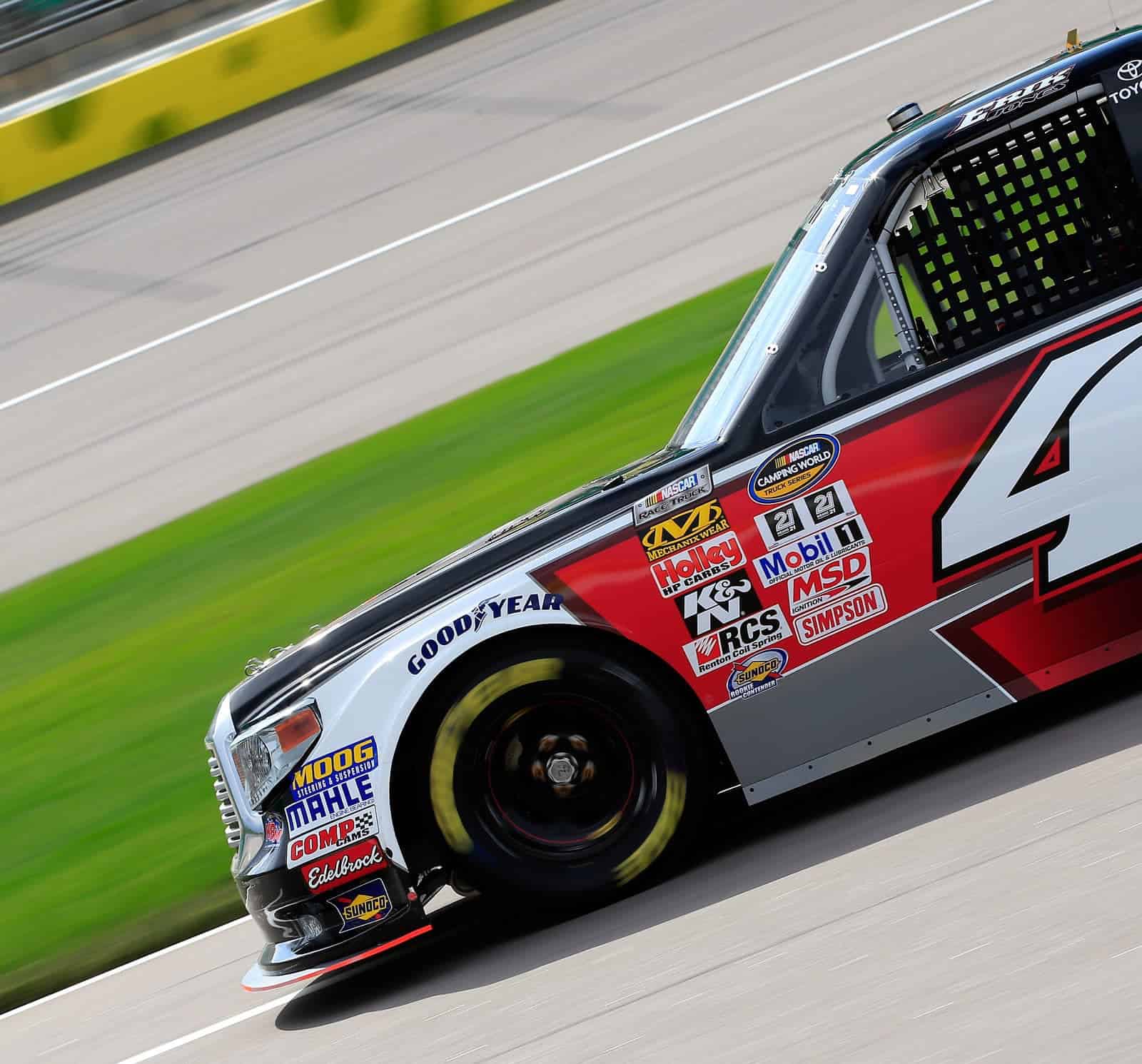 Coming off another dominating performance that turned into a disappointing finish last weekend at Gateway, Erik Jones is back at it.

The 19-year-old was quickest in final practice for the NASCAR Camping World Truck Series on Friday, clocking in a time of 23.153 seconds (136.051 mph). Jones edged out new Kyle Busch Motorsports teammate Christopher Bell by .063 seconds to post the fastest time in practice, while also putting down the fastest 10-consecutive-lap average with a speed of 132.836 mph.

Jones sits fourth in the championship standings entering Iowa, with four top 5s and 480 laps led this season. Bell, a late model driver for KBM, is making his Truck Series debut on Friday in the team’s No. 51 truck. The Norman, Okla., native has two victories in three starts in the new CARS Super Late Model Tour.

John Hunter Nemechek put down the third-quickest lap in his No. 8 truck a week after scoring a career-high fourth-place finish at Gateway. Last weekend’s runner-up Spencer Gallagher set the fourth quickest time, with rookie Cameron Hayley rounding out the top five. Hayley earned his second top five of the year at Gateway for Thorsport Racing.

Back-to-back champion Matt Crafton was sixth in practice at Iowa. Making his ninth start at the .875-mile track, Crafton is looking to extend his points lead ahead of Tyler Reddick. In his previous eight starts at the track, Crafton has an average finish of 4.8.

Gateway winner Cole Custer finished ninth in practice for his JR Motorsports team. The California native has led at least 19 laps in each of his past two starts and is searching to better his finish at Iowa from last year, when he came home in eighth.