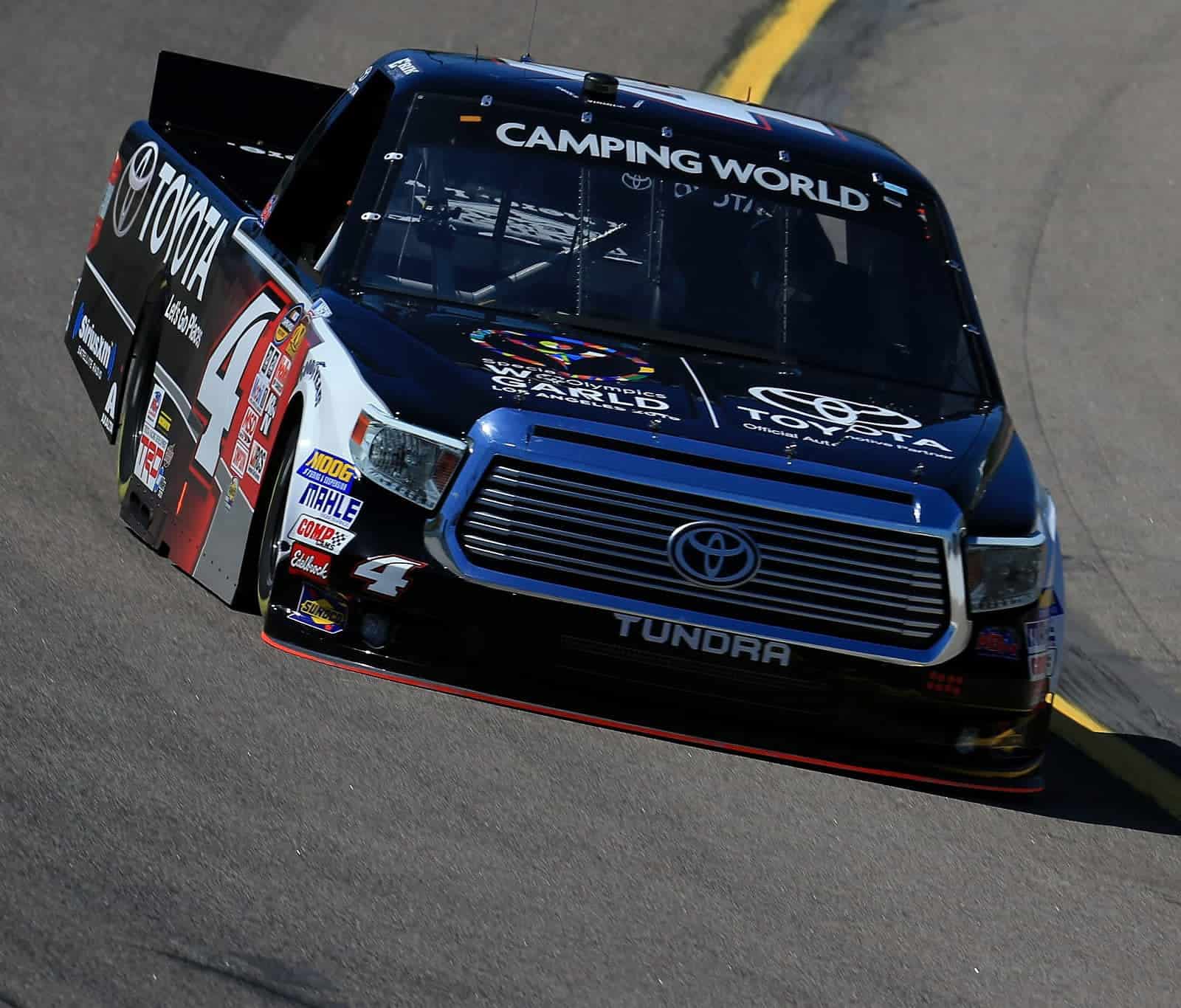 Looking for his first victory of 2015, Erik Jones will lead the field to green in Iowa.

Jones put down a 23.129-second lap to take the Keystone Light Pole Award for tonight’s American Ethanol 200 at Iowa Speedway. The result is Jones’s third pole of the year, following poles at Kansas and Texas.

John Hunter Nemechek put his truck on the outside of the front row with a 23.172-second lap around the .875-mile racetrack, one week after scoring a career-best fourth-place finish at Gateway.

Tyler Reddick was the only Ford to crack the top 10, qualifying third with a time of 23.303-seconds. Brandon Jones and Cameron Hayley rounded out the top five, with Caleb Holman, Gateway winner Cole Custer, Ben Kennedy, Matt Crafton and first-time starter Christopher Bell rounding out the top 10.

Justin Boston and John Wes Townley qualified 11th and 12th to round out the final round. Daniel Hemric and Gateway runner-up Spencer Gallagher failed to make the final round, settling for 13th and 14th.

The NASCAR Camping World Truck Series will return to Iowa Speedway at 8:30 p.m. ET for the American Ethanol 200. Coverage can be seen on FOX Sports 1.