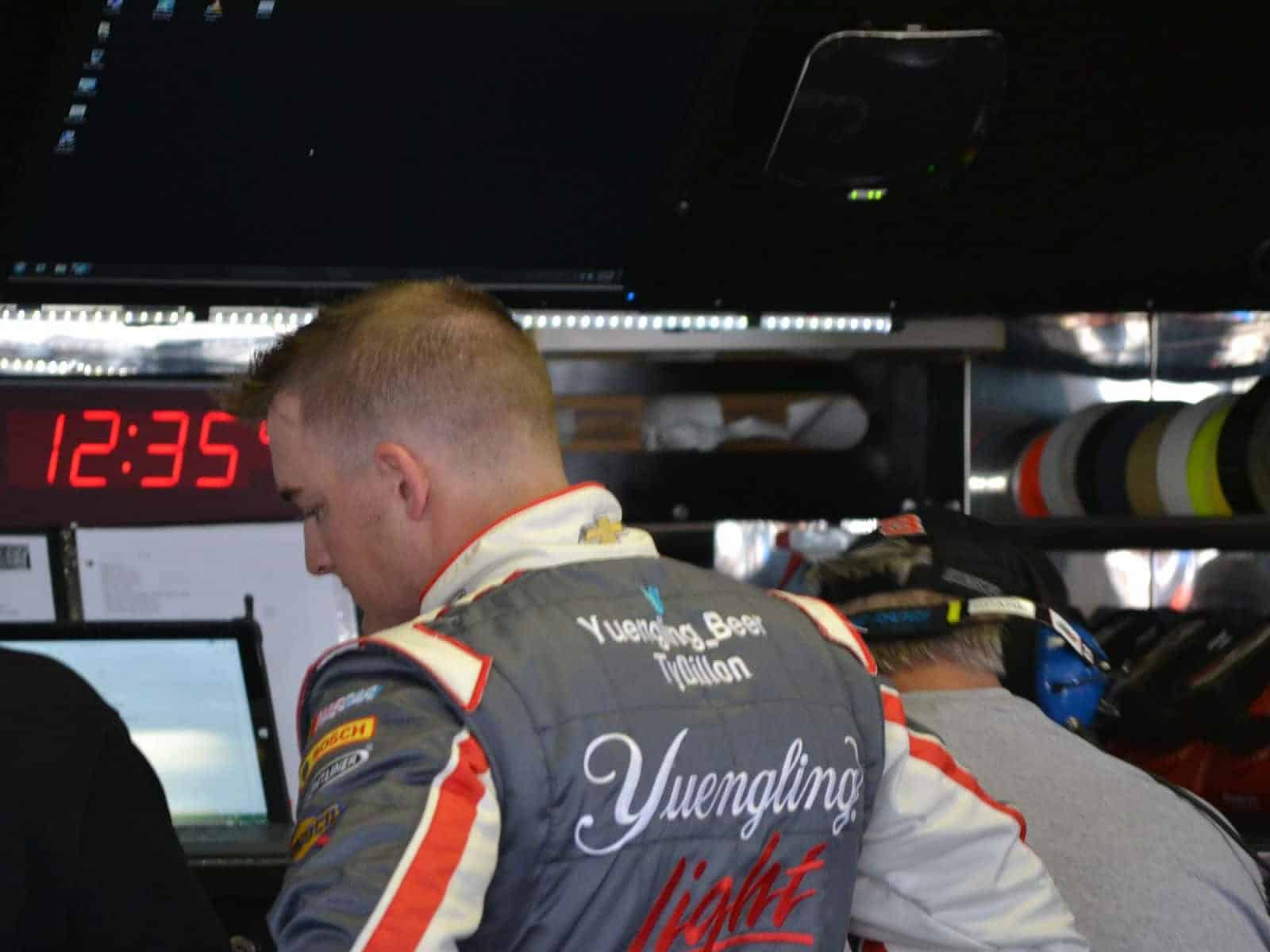 While all eyes are on Austin Dillon as a favorite to win Saturday’s NASCAR Xfinity Series race, his kid brother stole the show in the first on-track activity.

Ty Dillon put down a 30.441-second time in his final run to top the first of two practice sessions for the Owens Corning AttiCat 300 at Chicagoland Speedway. Dillon, who currently sits second in series points, last won at Indianapolis Motor Speedway in 2014.

Ryan Blaney rattled off a 30.530-second lap to end the session second on the charts. Austin Dillon, the sole Sprint Cup Series regular entered in Saturday’s race, topped the first half of the 85-minute session before dropping to third.

JJ Yeley put up a 30.860-second lap to become the top Toyota and sit sixth on the charts. Joe Gibbs Racing teammates Drew Herring and Daniel Suarez followed in seventh and eighth, with Brendan Gaughan and Darrell Wallace Jr., rounding out the top 10. Herring, 28, is practicing the No. 54 Toyota for Erik Jones, who is competing in Friday night’s Camping World Truck Series race at Iowa Speedway.

Preparing for his first Xfinity Series start, Ross Kenseth (son of 2003 Cup champion Matt Kenseth) spun his No. 20 Dollar General Toyota to bring out the practice session’s sole yellow flag with just under 30 minutes remaining. With no damage from the crash, Kenseth returned to the racing surface with 15 minutes remaining, ending the session in 13th.

The Xfinity Series will return to the track at 7 p.m. ET for final practice, with coverage on FOX Sports 2.