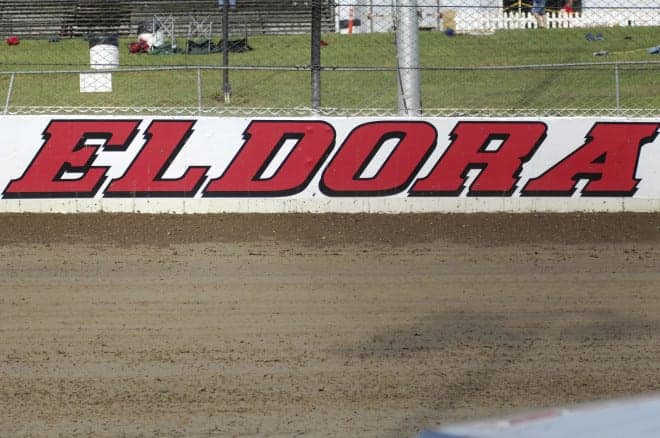 MB Motorsports announced that 18-year-old Bobby Pierce will join the team at the Eldora Speedway for the third annual 1-800-CARCASH Mud Summer Classic. Pierce, 18, will also be joined by 16-year-old driver Jake Griffin.

Pierce captured the DIRTCar National Late Model championship last season. The Illinois native not only has experience on dirt; he also has numerous starts on pavement tracks as well. The young driver is very excited for the opportunity.

“I’m really excited for the chance to make my first NASCAR Camping World Truck Series start at Eldora because I’ve spent most of my career racing on dirt,” noted Pierce in a release. “However, I also know that these are some of the best drivers in the world, and they can drive on just about anything. I’m expecting the track will probably be hard and slick, making it more like asphalt than dirt, so I realize that it’s going to be quite the challenge. My biggest goal is to make laps, keep my truck straight, and see where we are at the end of the race. I can’t thank MB Motorsports enough for this great opportunity, and hopefully I can do them proud.”

Griffin and Pierce have been competitors numerous times all across the Midwest. Pierce will be making his NASCAR Camping World Truck Series debut while Griffin will make his third start of the year. The two drivers shared their thoughts on the pairing.

“Bobby and I have raced together literally hundreds of times early in our career, so to be racing one of my good friends on such a big stage is really exciting,” Griffin said in a release.

“It’s going to be cool to have at least one familiar face on the track with me for my first NASCAR Truck race,” said Pierce in a release. “Jake and I have been friends and competitors for most of our lives, so it makes sense that we race each other in this event as well.”

Pierce made two starts in the World of Outlaws this season, earning one top-10 finish at Farmer City Raceway. He also has two wins this season in the ALMS dirt cars and a victory in the Super Late Models Big 10 Midwest Series.