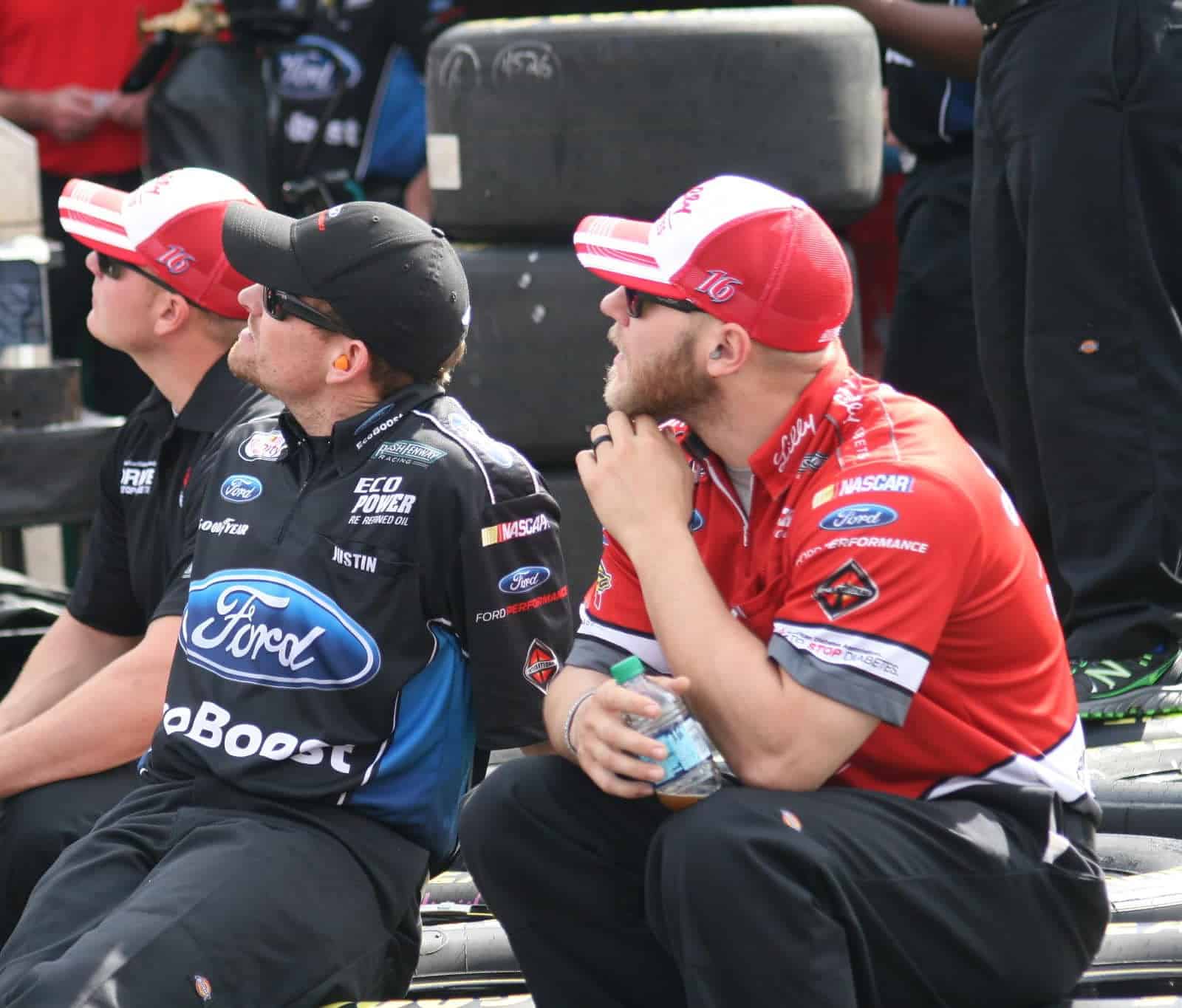 Welcome to the Frontstretch Five! Each week, Amy Henderson takes a look at the racing, the drivers and the storylines that drive NASCAR and produces a list of five people, places, things and ideas that define the current state of our sport. This week, Amy delves into the world of NASCAR on YouTube… and found some things that you just can’t un-see.

It’s the off week, so I decided to have a little fun. After all, racing is supposed to occasionally be fun, right? The only real problem, after an afternoon spent perusing the archives of YouTube, was choosing just five of these videos, because there is some good stuff out there. It’s all a reminder that NASCAR is supposed to be fun, and sometimes, you have to laugh at life both at the track and off it. Kicking things off is a blast from the pasts of several of your favorite drivers in all their high school glory… set, for some reason, to the Chicken Dance. Because why not?

2. In case you think the track media centers are all serious or something…

For working media in the NASCAR garage, the media center is a place to write, speak with drivers and various dignitaries and generally bring fans all the great coverage you see every weekend. But sometimes drivers just can’t help themselves. Sometimes media members can’t either, and that’s why there are videos like this one:

Just check out the strategy he uses to snooker Brad Keselowski in this race-within-a-race. ..

Leave it to a NASCAR-mandated drug test, of all things, to make Jimmie Johnson, a driver often accused of being bland as vanilla pudding, show a side that’s completely, unerringly human.

5. This marathon of goodies

This hour-long compilation has a little bit of everything, from crashes, to bloopers, to anger management, animals on the track, memorable commercials, the occasional well-timed meme and in general, anything else you might want to see – or desperately wish you could un-see later. Did I mention the bloopers? This video is a veritable smorgasbord for NASCAR fans who like – or need – to be reminded not to take things too seriously. It held my attention for an hour. I’m not sure if that says something about the video or about me. There is some explicit language, so be warned.