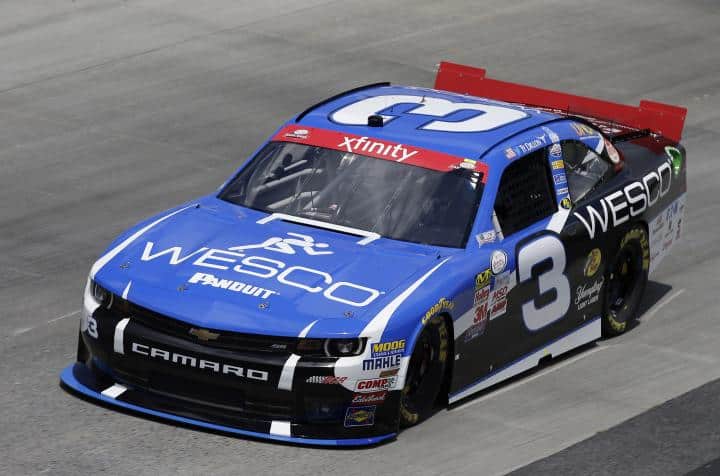 With Ty Dillon‘s championship hopes in need of a boost, Richard Childress Racing is making a change.

The organization is swapping the crew chiefs of their No. 3 and No. 33 NASCAR Xfinity Series (NXS) teams, effective immediately. Nick Harrison, who started the season with the No. 33 team, will move over to the No. 3 team. Danny Stockman will move to the No. 33.

Both teams race full-time in the NXS; Ty Dillon runs full-time No. 3, while the No. 33 has seen a rotating group of drivers including Ty’s brother Austin Dillon, Paul Menard and Brandon Jones.

The move will reunite Stockman with Austin Dillon. The pair won championships in both Camping World Truck Series (2011) and NXS (2013) competition while bringing in four wins. Stockman most recently won the 2014 Lilly Diabetes 250 at Indianapolis Motor Speedway with Ty Dillon, the driver’s first NXS victory.

Harrison and Ty Dillon also have experience. The two have worked together four times, as part of limited starts for Ty Dillon in the NXS and Sprint Cup Series. Harrison has five-career wins on top of the pit box, four of which have come with RCR.

The move comes as a surprise, as both teams are running well this season. The No. 33 has two wins in the NXS so far, both with driver Austin Dillon at Las Vegas and Charlotte. Ty Dillon has yet to win this season in the No. 3, but currently sits second in points behind Chris Buescher after leading for eight weeks earlier in the season.

RCR hopes that pairing Ty Dillon with Harrison, who has helped his team’s drivers score top 10s in 11 of 14 races this season, will help Ty break through to victory lane and retake the points lead.

Both crew chiefs will make their debuts with their new teams on July 4th in the Subway Firecracker 250 at Daytona International Speedway.