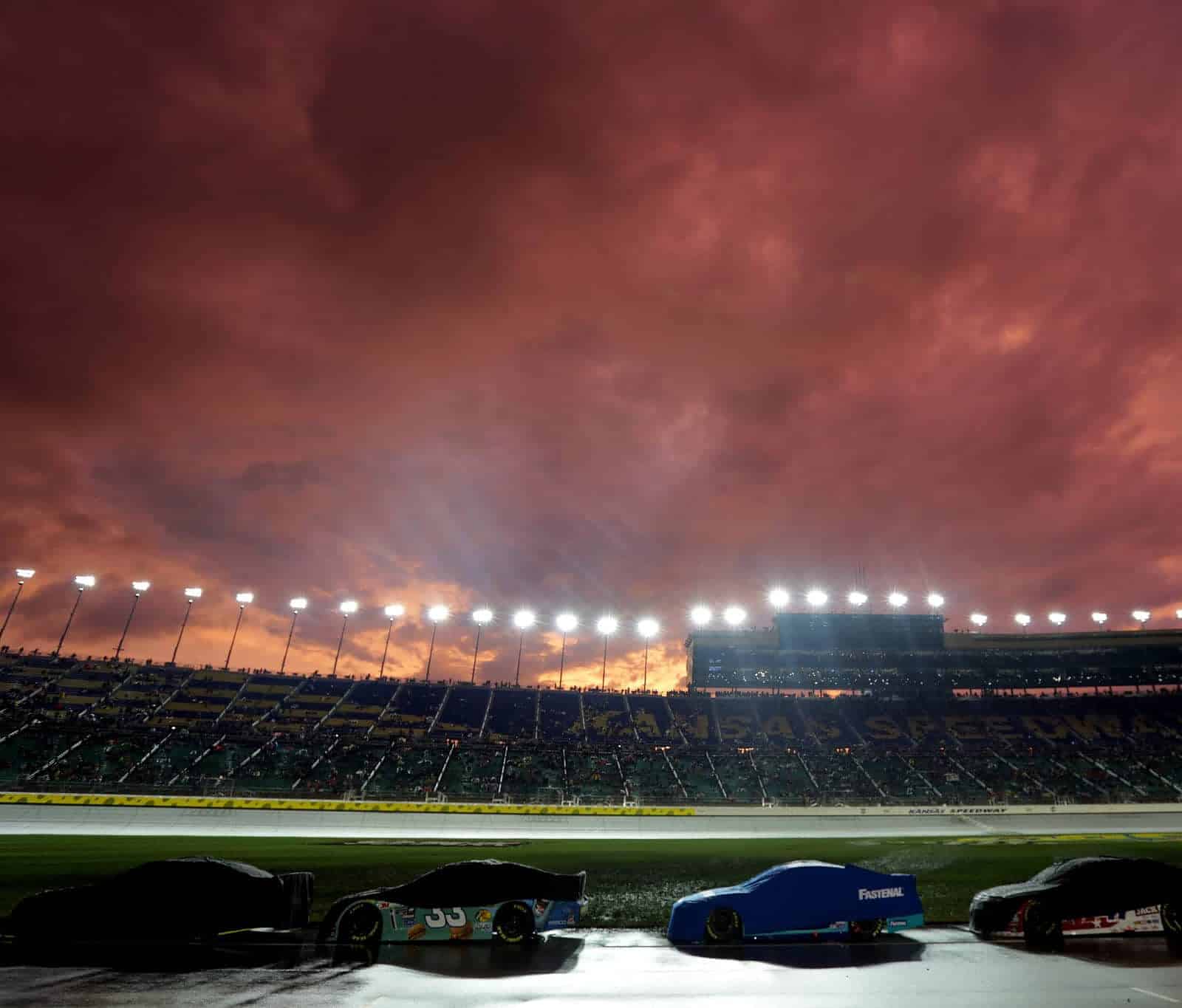 Last week, the nation endured yet another moment of grief as it endured the senseless slaughter of church-goers in Charleston, South Carolina. This column isn’t the place for getting into all of the messiness and problems that surround that event, though it doesn’t seem like the government will take care of everything either.

One of the topics that has arisen from the murders is a renewed interest in what is considered the Confederate Flag. John Coski’s book The Confederate Battle Flag: America’s Most Embattled Emblem details the history of the flag and its rise to prominence in the South. We’ll ignore the fact that the”‘stars and bars” didn’t really manifest itself until the conclusion of the Civil War.

While each state is free to determine what kind of flag it wants to fly above its state capitol, this event may be the death knell for its continued use. South Carolina and Mississippi are both dealing with the mutation of the St. Andrews emblem being part of how the state presents itself. As they hit this realization, I know many people out there nod and think, “about time.”

None of that has anything to do with NASCAR – until NASCAR decided they had to make a statement. Its announcement this week was similar to the one issued when Indiana passed a law that basically encouraged discrimination, but this one is different. When addressing the situation in Indiana, the organization was calling out the government and putting businesses on notice.

The recent announcement, by comparison that “NASCAR will continue our long-standing policy to disallow the use of the Confederate Flag symbol in any official NASCAR capacity,” and that it supports the South Carolina governor’s efforts to remove the flag aimed toward something different. The organization, while supporting the removal of the flag stopped short of outright banning it from the racetrack. They will still permit fans to fly the flag, it seems while basically shaming them to do so.

More so than any other sport, NASCAR brings with it a specific regional history and the flag has been prevalent at its races.  What will be interesting to see is whether or not this public outing will eradicate the flag’s presence or if some might see flying it as an energized rebel spirit. Will some fans also be put off by NASCAR’s decision to speak out on a political issue? Will some see it as turning away from southern roots? Not everyone is on the side of the governor. As we saw with the NRA sponsorship at Texas a few years back, these types of political issues get thorny; there are few, if any winners the further you delve into the controversy.

Speaking of controversy, we’ll start this week’s column dealing with one of the most hotly-debated figures in NASCAR this season: Mother Nature.

Happiness Is… Rain. This week, the Cup series heads to one of the best tracks on the schedule, Sonoma. The road course has been the site for some of the better racing in the past few years, likely due to the fact that the drivers can bang on one another. It’s a natural part of competition they used to be able to do at other tracks, you see but even Bristol now brings with it the dreaded aero dependency. So there’s something to look forward to, because watching the drivers handle a road course is both a good change and decent entertainment (provided that they’re not turning the race into a wreckfest).

An added element is that Goodyear is bringing rain tires to the track. Say what? Yep, that’s right, beginning this year, should it rain during one of the two Cup road-course races the teams will have the option of using rain tires. It’s the perfect place to experiment, as this track may be one of the few where the locals are pleading for the idea of a raging downpour. With California’s drought situation remaining unchanged, maybe it will be NASCAR’s traveling circus that could bring some watery relief – seeing as it has everywhere else.

DAVIS: Inside NASCAR’s New Rules On The Rain

Happiness Is… Celebritousity. If there’s one thing that this country has a total obsession with, it is its celebrities. How else could someone as talentless as Kim Kardashian continue to have such a presence? We’ll just ignore all the stupid reality shows that focus on whomever happens to be rich. It’s no surprise, then that NASCAR seems to be embracing the celebrity component of the sport.

When the racing is as bad as it has been this year, perhaps celebrating the superstar aspect of the sport is the way to go.  Last week, it was Mr. R. Dale Earnhardt Jr. and his engagement, a personal moment that seemed to bring about a slew of public stories. This week, it is Kasey Kahne’s announcement that he and his girlfriend will be having a baby in the near future.

Yes, the drivers are a central focus of the sport and selling them helps sell it. That being noted, it seems like it is the continued evolution in racing to talk less about the cars or the technology and focus on the easy part. Or perhaps the focus on the drivers in these ways is just a byproduct of trying to fill in the gaps in the 24/7 news cycle? Either way, it’s not how racing used to be….

Happiness Is… West Coast Groovin’. In a strange twist of scheduling, NASCAR isn’t the only prominent racing series to be hanging on the Left Coast this weekend. The IndyCar series will be hitting the oval at Fontana in a race that tends to be pretty good. It’s kind of funny that IndyCar will be on the oval while NASCAR will be on a road course, but hey, there’s all kind of funny things out there. What may add to this sense of humor is that Juan Pablo Montoya, the ex-NASCAR-er, is probably the favorite to win in Fontana, due to driving for Penske and the fact that he logged so many miles in Cup. Montoya is putting together a championship season and notching Auto Club Speedway off would firmly establish him as the man to beat.  Either way, enjoy the West Coast groovin’ this weekend.

I am so dismayed that Corporations feel they have to weigh in on every social issue, never mind their history regarding the issue of the day based on a crisis or controversy. It is all about the potential loss of revenue at that snapshot in time. Good grief. What the hell is next? With this attitude, it cannot ever end. The pot is always stirred and turmoil is the name of the game. Getting your self noticed as a big voice in the tempest’s teapot, and acting accordingly based on your potential profit and loss. Well, how sincere promoting healing is that??????????? The flag is not the problem, erasing the variant meaning to many is a symbol that makes some “feel good”, it in no way indicates positive or negative change. My two cents.

I know who my representatives are and I carefully research issues before I form an opinion. Like many, I watch racing and baseball and stupid TV shows to escape the frustrating realities of everyday life. Happiness is being allowed to rant and rave about something as ultimately unimportant as auto racing without the sanctioning body and racing press injecting politics. I don’t care what NASCAR thinks about the Stars and Bars, abortion or Hillary’s fat legs. Write about racing please.

PS: Groovin, really! The 60’s called, they want their vocabulary back, man.

‘Cuz the west coast is far out, man.

I would sure like to see an explanation and/or discussion on “hillbilly-redneck-cracker etc”. still being used with impunity by media,entertainers,and most talking heads. Why is that not an insult to southern white people? By the way-I’m from the north.Just sayin’.

I actually kind of find the fervor and band-wagon jumping kind of scary. For so many institutions to react so quickly and thoroughly… Apple is pulling any video game that has the confederate flag in it, really? Anybody else think that might be a little over the top? Personally I have no feeling towards the flag itself one way or the other (and I don’t play video games LOL). It’s just amazing how scared companies and now states react when they think they might lose dollars. And really, that’s what all this reaction is really about, revenue. Now a private company can make a state government bow down just by threatening to not do business in that state. Strange days indeed.

I agree Bill. It really saddens me when small, loud group of people express outrage over every little thing and companies buckle every time thinking that the majority feel that way. Why do we have to make a stink about everything we don’t like? Honestly, if you don’t like it what a company says or does, just don’t buy or support the product. I’m tired of those who scream the loudest winning. They are not the majority most of the time. Just the biggest whiners. I guess that’s the world we live in where Facebook & Twitter have turned their audience into a bunch of narcissists. Of course companies buckling so easily leads to even more small loudmouth groups doing the same thing. I really wish companies wouldn’t buckle so easily to these groups. Alot of times the outrage is supporting an agenda anyway.