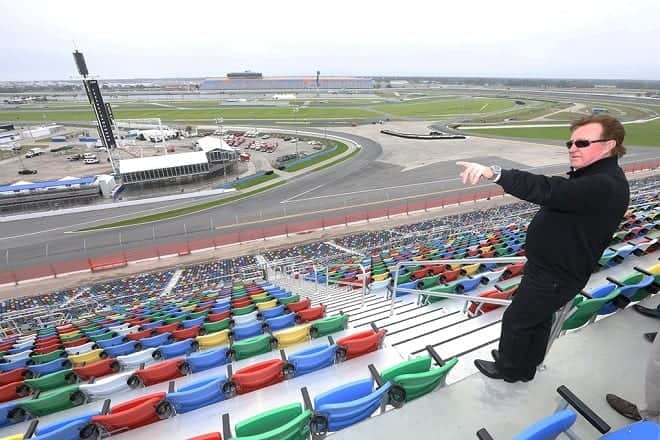 DIS announced on Tuesday that Chevrolet has partnered with the speedway as part of the track’s Daytona Rising Project. The announcement was made just days before NASCAR’s Sprint Cup and Xfinity Series take up residence at the Daytona Beach, Florida circuit for the Fourth of July race weekend.

Chevrolet joins Toyota and Florida Hospital as Founding Partners with DIS for Daytona Rising project, a $400-million renovation of the frontstretch which includes new grandstands, social neighborhoods for fans to interact and display areas. The project is expected to be completed and officially open in January 2016.

DIS President Joie Chitwood III was excited to announce the partnership in a press conference on Wednesday.

“[Chevrolet’s] activation will elevate the race day experience at the new motorsports stadium and continue to make them an integral part of the Speedway experience,” said Chitwood.

As a partner with DIS, Chevrolet has gained rights to sponsor one of five fan injectors, which will include over 20,000 square feet of Chevrolet displays and fan experiences over four levels. Chevrolet will also sponsor one of 11 social neighborhoods designed for fans to interact with each other around shopping, food and viewing areas.

“We look forward to enhancing the experience for race fans here in Daytona with the new Chevrolet injector entrance and neighborhood,” Alan Batey, President of General Motors North America, said.

Chevrolet also announced that they will serve as an official partner of the Daytona 500, fielding the pace car for the event in select years.

SMH…and they wonder why real fans question their decisions and favoritism. I say total conflict of interest..but that hasn’t stopped BZF before and it won’t going forward.