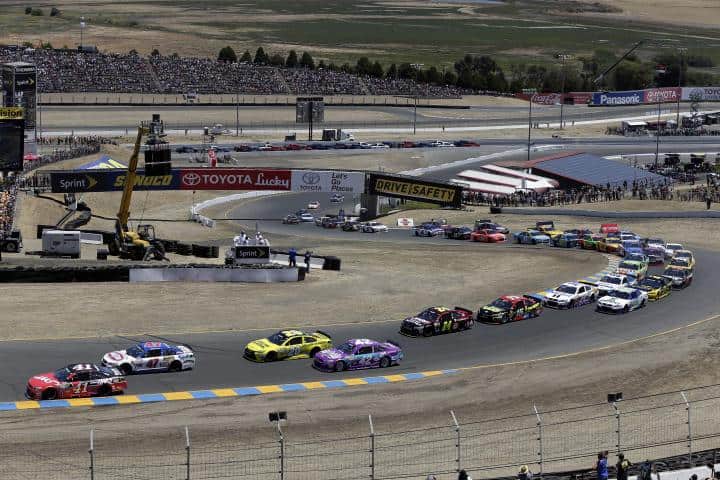 In response to an article last week, one of our writers jumped into the fray that is the comments section. Matt McLaughlin offered his FWIW using a notion that Jim Utter had stated that used a Ven diagram to dissect NASCAR fan commentary. The jist derived from McLaughlin’s comment was that, by and large, the NASCAR fans that post tend to be dissatisfied consumers of the sport, while those fans who apparently either like or tolerate the sport let their thoughts go unseen.

There may or may not be validity to all of that. To do a real sentiment analysis of NASCAR fans would require actually getting those non-posters to offer something – or to be more thorough, to get every person who clicks on an article to give some semblance of their perspective. Then to do it right, questions should address how long a person has followed the sport, age, location, yadda yadda.

All of this stuff is to say that generalizations about a fanbase can be a difficult thing to determine with any real accuracy.  However, there may be some validity to the fact that fans are rather unpleased with things.

While crawling about the internet the other day, Happiness Is landed on an article at NASCAR.com that discussed Larry McReynolds and his departure from the FOX race booth. The article was what you’d expect, but the comment section was fantastic.

Aside from the fact that some readers were surprised that McReynolds was on the way out and that Jeff Gordon would be taking his place (which immediately brings into question how much these fans follow the sport), most of the comments were positive toward Larry Mac, attacked whipping boys Darrell and Michael Waltrip. Then some even questioned whether or not Gordon actually had the knowledge to be worth it in the booth. We’ll gloss over the comments about Southern pride, Toyota bashing, and some trolling.

Whether or not the posts are the vocal minority, majority or a bunch of nut-jobs, there’s one thing that seems to be about right: people aren’t so happy with NASCAR. Something better be done before there’s no argument between whose voice it really is.

Happiness Is… Numbers. Tom Bowles is his DYN column pointed out that the Sonoma race this past weekend garnered a 2.4 share with an estimated 3.6 million viewers. He then pointed out that the same race 10 years ago brought in a nearly 5.7 rating. The numbers, however, are a game that is played on a sliding scale which can be illustrated by the report that the U.S. Women’s National Soccer Team had a 3.3 rating that equated to around 9 million viewers.

Forget for a moment that the USWNT both got to have their match against Germany televised on the big network and that it outdrew many of the races this year. Those things may be tough to ignore, but the better thing to be taken away from the numbers is that NASCAR still has an audience. It’s not like the sport has dipped below one million viewers per race. Yes, the numbers could be stronger but maybe NASCAR was never going to hold onto those lofty 6-8 million viewers a race anyway? Just as important, it’s those kinds of numbers that will surely cause someone somewhere to make some kind of adjustment – hence the reason for the new rules package at Kentucky.

Happiness Is… Yes. This week Jeff Gordon and company announced that they would be running the rainbow warriors paint scheme. About time! Why his sponsors didn’t sign up to do retro paint schemes for much of the year is the disappointing part. And where the heck was his latest Jurassic World car that would have paid homage to his T-Rex (that messed with every rule it could). Gordon has had two of the more iconic paint jobs in the sport, first with the Dupont rainbow and then with the flames. It’s great to see that at least one of them will be making an appearance.

Happiness Is… Dates. Scheduling has long been one of the mystical, mysterious and maddening aspects about motorsports. The IndyCar series may take the prize right now with how it’s done things, as one only need question what they were doing running a race in Fontana, Calif., or basically the desert at the end of June in the middle of the day. Of course, NASCAR is not immune because its put Atlanta early in the season and were rewarded with a soggy grey race that didn’t showcase how interesting the track can be.

Both Sebastian Vettel and Fernando Alonso have made overtures toward running the Indy 500, but the logistics of making something happen have to be a nightmare. Team permissions, scheduling, insurance, etc. etc. etc would all have to be sussed out in a way that works. You could say that it might be just a tad more difficult than Kurt Busch pulling off the double last year. But how great would it be to see F1 drivers again race for the Borg-Warner trophy? Ah, to dream.