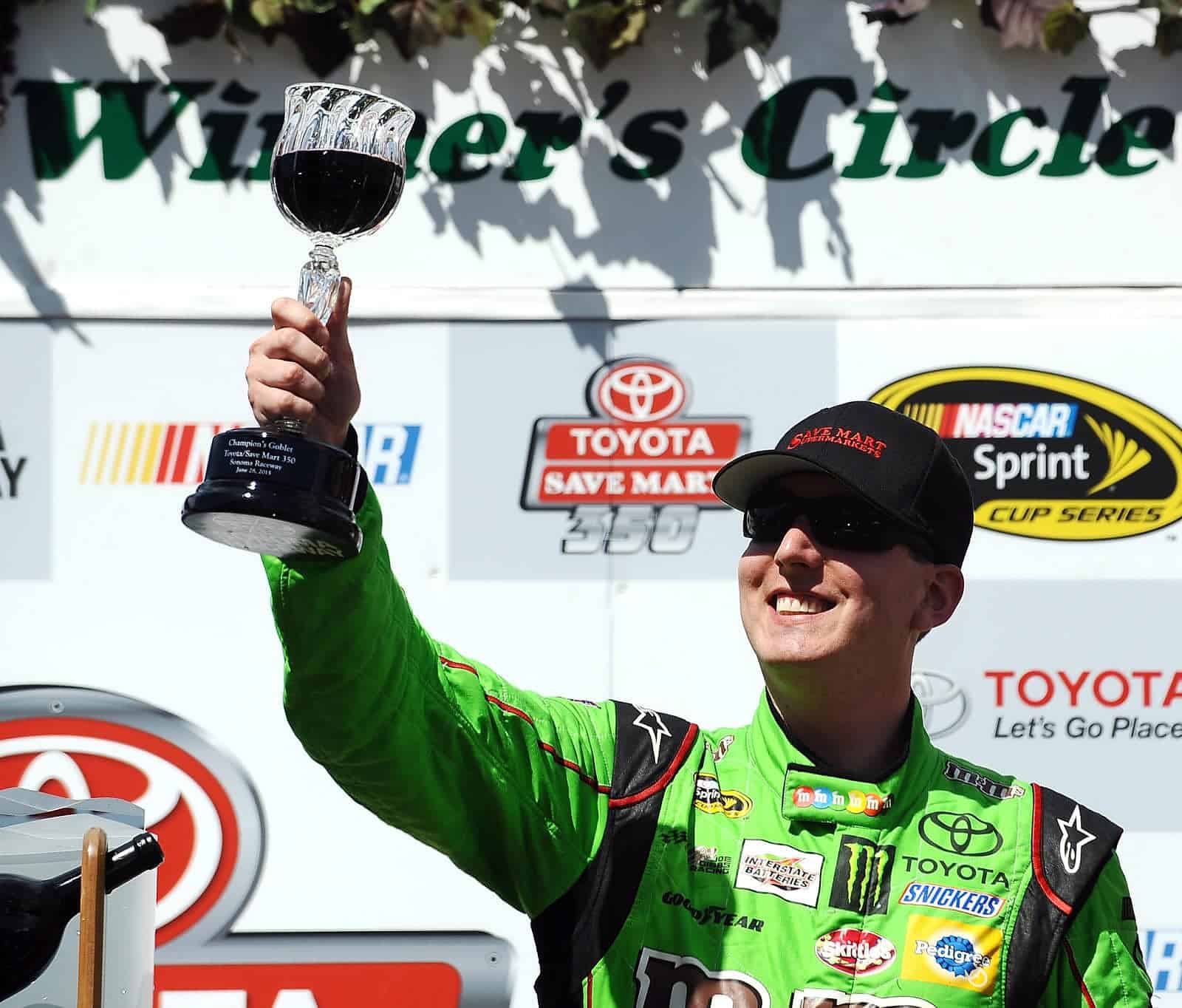 Once NASCAR announced that Kyle Busch could compete for the championship, he had two goals once he was back in the racecar: win a race and get in the top 30 in points. He accomplished one of those Sunday, winning on the road course in Sonoma. He also moved up two positions in the standings to 37th, 136 points out of the top 30.

Jimmie Johnson and Kurt Busch were the dominant cars all day, leading 43 and 42 laps, respectively. While leading, Johnson stayed out while a majority of the field pitted for fuel and tires, including Kurt Busch. Johnson fell out of the top five in the closing laps and finished sixth, while Kurt Busch finished second to his brother.

Probably the two biggest surprises in the top 10 were Clint Bowyer and Sam Hornish Jr. who finished third and 10th, respectively. It was Bowyer’s first top five of the season and Hornish’s second top 10.

We’ve officially reached the halfway point of the season, which means teams head back to Florida for the Fourth of July weekend in Daytona. But before we go three-wide racing, see how your driver ranks after the first road-course race of the season.