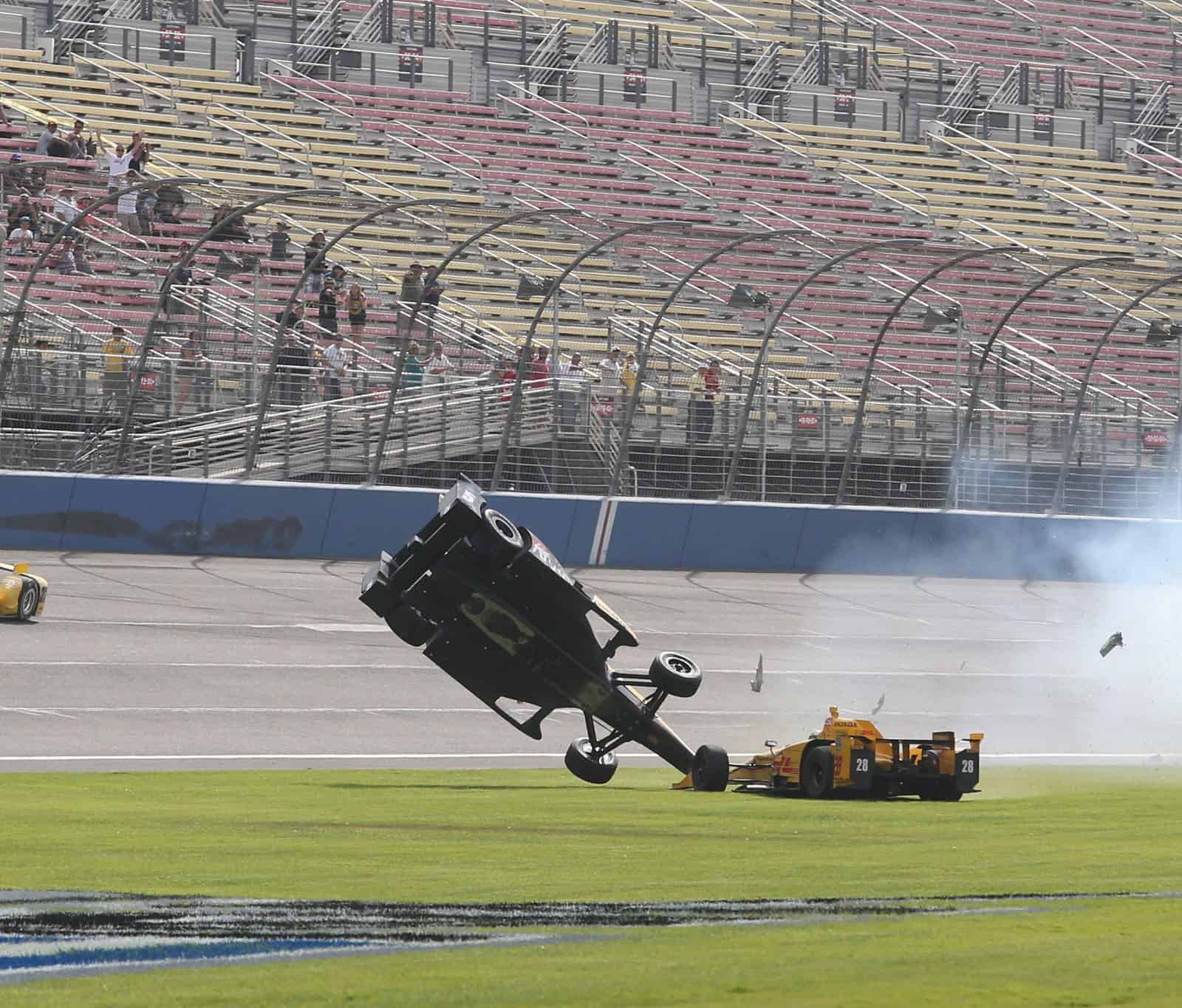 Early this past Saturday morning, the first race of the Formula E championship weekend started under a yellow flag. The event, held on the tight streets of a make-shift road course at London’s Battersea park  brought some elevated concern from the drivers, especially about the first turn. Many drivers believed that the tight confines would lead to a calamitous start, something that would look bad for both the championship and the series.

Because of their concerns, the governing body decided to start the race under yellow, ensuring the possibility of a cleaner beginning.

Fast forward a few hours on Saturday to the IndyCar race at Auto Club Speedway in Fontana, California. There, at the two-mile oval, 23 brave souls climbed into their open-wheel rides and challenged one another in one of the more compelling races that IndyCar has held in a long while.

The race featured close racing, with the top 12 often separated by just three seconds, even during long green-flag runs. The battles at the lead showed the skill of the drivers, with the top five often able to swap the lead multiple times amongst themselves. Drivers that rode back in the field, who at other tracks would likely not even be in the conversation to challenge, enjoyed the prospect of moving through the field.

Take Takuma Sato for instance. His mantra: No Attack, No Chance, has often led to him being labeled reckless and to making stupid on-track decisions. Sato, drove, however, what should be considered a stellar race – for the most part. He led laps, he fell to the back and still raced his way back up front. His race ended when he pinballed into Will Power, sending the two of them into the wall and out of the race.

Their incident looked relatively harmless – much like the one between Helio Castroneves and Ryan Briscoe earlier in the race, that put Castroneves out, but somehow Briscoe was able to continue. The close racing throughout brought about the sense that the chance for a wreck could happen at any time, which of course makes for dramatic racing.

That no one could separate himself from the rest of the field made the lead changes that much more fascinating, bringing with it a style of racing that seemed akin to NASCAR when it visits Daytona or Talladega. In fact, much like those tracks, the race at Fontana brought with it a record-setting number of lead changes.

It’s one thing for the drivers in NASCAR to sign up for pack racing or plate racing or whatever it may want to be labelled any given year, but those cars have fenders, rollcages and more than just the tub that IndyCar drivers do. The inherent danger with open-wheel racing is one of the things that makes it interesting and downright captivating. At the same time, and as Power stated, the race hearkened back to the Las Vegas debacle in 2011 when Dan Wheldon lost his life slamming into the fence because drivers couldn’t separate themselves from each other.

IndyCar, prior to the Fontana race, talked to the drivers and a number of them avowed that what would happen on Saturday would be the equivalent of pack racing.  And they were right.  But unlike their Formula E counterparts, IndyCar could do or would do little to change anything.

At a time when the sport faces so many issues, making a number of changes to the cars just hours before the green flag might smack of amateurism.  Then again, it might have also resonated as the smart thing to do.

Of course, the governing body again showcased its confused sense of governance when dealing with Graham Rahal’s pit road miscue. That incident would be the one when Rahal’s gasman decided to re-attach the fuel nozzle to the car just as Rahal began speeding away, taking part of the fueling mechanism with him.

The heavy aluminum attachment fell off on the track, bringing out a caution, and here’s where things get funny. The series has decided that pit road infractions will receive penalties after races conclude, while on-track instances result in immediate punitive measures. So while for some reason Briscoe endured a penalty because of his contact with Castroneves (a penalty that was beyond laughable), Rahal somehow escaped penalty because: a) the first part of the issue happened on pit road and b) the stewards could not expeditiously determine that it was Rahal’s debris that brought out the caution.

So what exactly were the stewards watching?

That last point hadn’t really been touched upon, but let’s be clear, there is no reason for anyone to be racing in the desert in California in late June in the middle of the day. That the temperatures didn’t peak above 100 must have been surprising, but it is that same element that probably encouraged fans to stay at home and enjoy air conditioned comfort.

Robin Miller’s pleading, angry rant to Mark Miles, the head of IndyCar addressed this scheduling aspect, though he thought the race was one of the five best he had seen.

Many of the drivers, however, felt differently. In truth, it’s up to the fans – too bad that the stands were empty and that the scant viewership doesn’t quite help round out the sentiment analysis.

I wanted to comment but you pretty much said it all, good article.