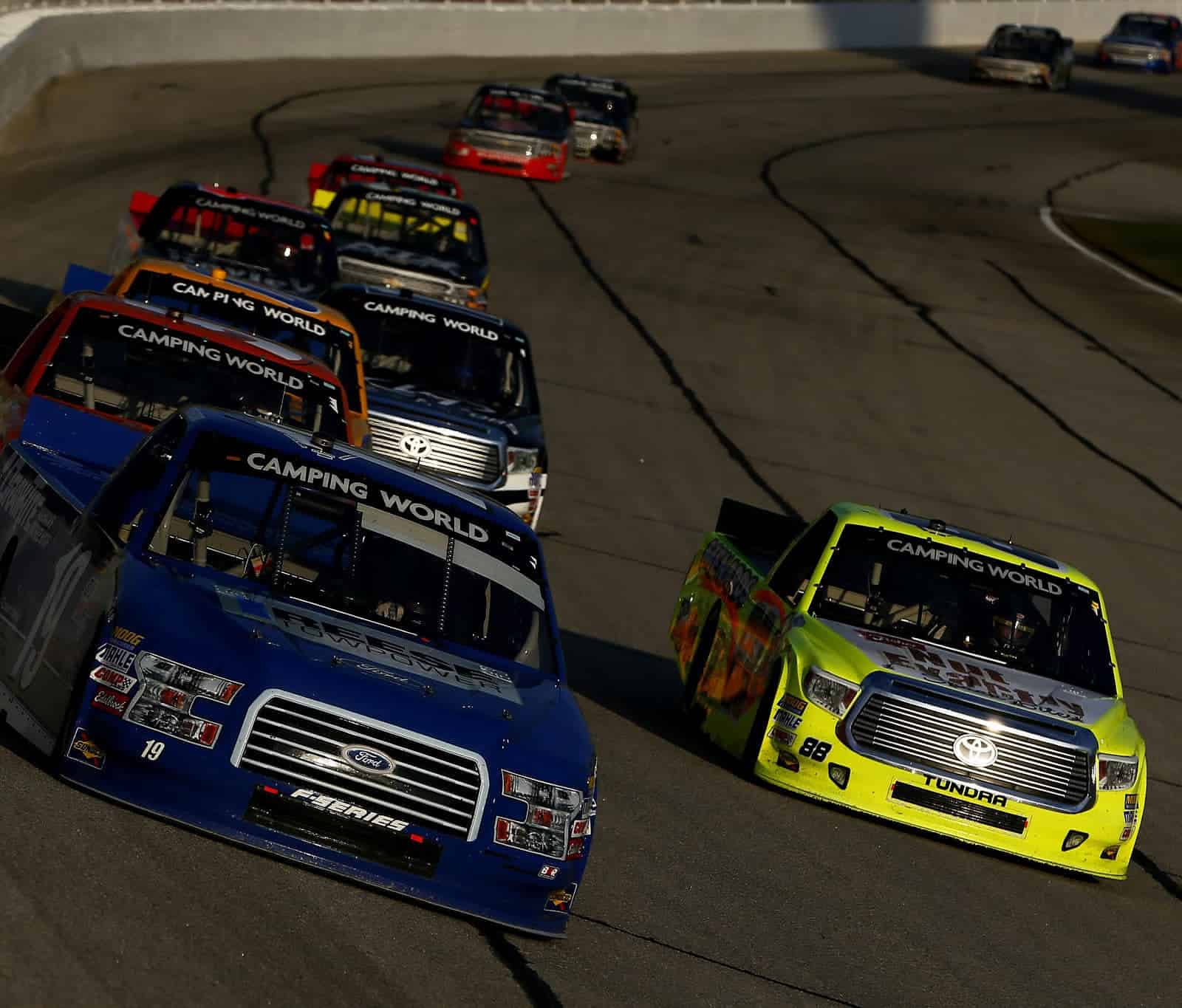 NASCAR has issued a statement to Camping World Truck Series drivers: no more playing around.

Qualifying at intermediate tracks will follow a different format the next time the Camping World Truck Series goes to race. NASCAR announced on Wednesday that the format has been changed for any track measuring 1.5 miles or longer.

The new format will be similar to the superspeedway format, which includes two rounds of qualifying with each truck making one timed lap. Multiple trucks will be permitted on track at NASCAR’s discretion. NASCAR officials will closely monitor the amount of on-track vehicles to ensure drafting and other strategy plays will not occur.

“The trucks have unique aerodynamics at the intermediate tracks, and after discussions with drivers and teams and reviewing past qualifying sessions, we’ve found a more competitive and fair format with the single-truck runs,” NASCAR Camping World Truck Series Managing Director Elton Sawyer said.

A 10-minute break will occur between each round.

“This revision puts renewed emphasis back on the pure speed of the trucks and team strategy during qualifying,” Sawyer said.

The format should reduce the issues Truck Series drivers have had with group qualifying this season, including crashes at Daytona and timing issues at Atlanta, where only one driver — Ben Kennedy — was able to complete a lap in the final round of qualifying.

The new format will debut at Kentucky Speedway on Thursday, July 9, when the field qualifies for the UNOH 225.

So much for the new and exciting qualifying format. By next year all series will probably be back to single car qualifying at all tracks.

This is why the Top Level should shift to Truck Bodies. The aero package yields better racing (even though we are talking qualifying) and would be an instant improvement at the Cup level.