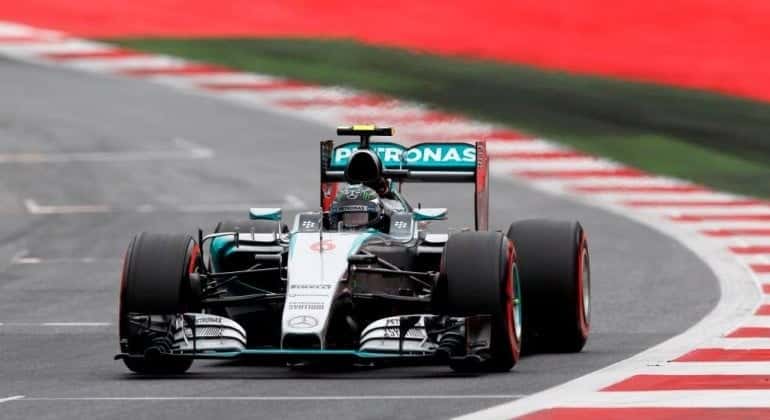 Two weeks ago, Nico Rosberg scored a surprising win at the Austrian Grand Prix, making a statement after his teammate Lewis Hamilton had cruised to victory in Canada. The surrounding sense in the sport pushed the notion that with Hamilton’s win, his recovery from losing at Monaco was complete and that he would begin to run away with the title. To see Rosberg just out drive Hamilton in Austria indicated that the likelihood of Hamilton having an easy go to a consecutive title is not going to happen.

The main problem with the situation is that the only real competition is happening between teammates. Consider the fact that Mercedes have earned the pole position for the past nineteen races – or the entirety of a season. Or consider that Mercedes has won seven of the eight races this season, with Ferrari’s win in Malaysia looking all the more like an aberration.  It doesn’t look like anything will change at Silverstone this weekend.

In Jenson Button’s lengthy interview that posted this week on the UK ESPN site, the driver lamented that Mercedes was running away with the title. However, the Brit also stated that it’s not the fault of the sport or Mercedes, it’s that the other teams haven’t done the job of being able to compete at the level needed.

His rational comment is exactly what works and what doesn’t in Formula 1. That the other teams have yet to figure out a way to match pace with the Silver Arrow is indeed their fault – however, the attempt to find those areas to work on in this amazingly technical sport makes finding speed quite difficult. Or maybe the better way to look at things is to recognize that Mercedes somehow found the solution to a shifty lock that no one else has been able to, even if they’re trying.

Perhaps the coming rules changes will be a leveler. Then again, it just may lead to one team again finding the perfect combination while the others flounder.

The track is built on the grounds of a former World War II bomber airport. It’s 3.66 miles in length, high speed, and features 18 turns. The track came into existence in 1950, and Alain Prost leads the way with five wins. As for current drivers, Fernando Alonso and Hamilton both have won twice at Silverstone.