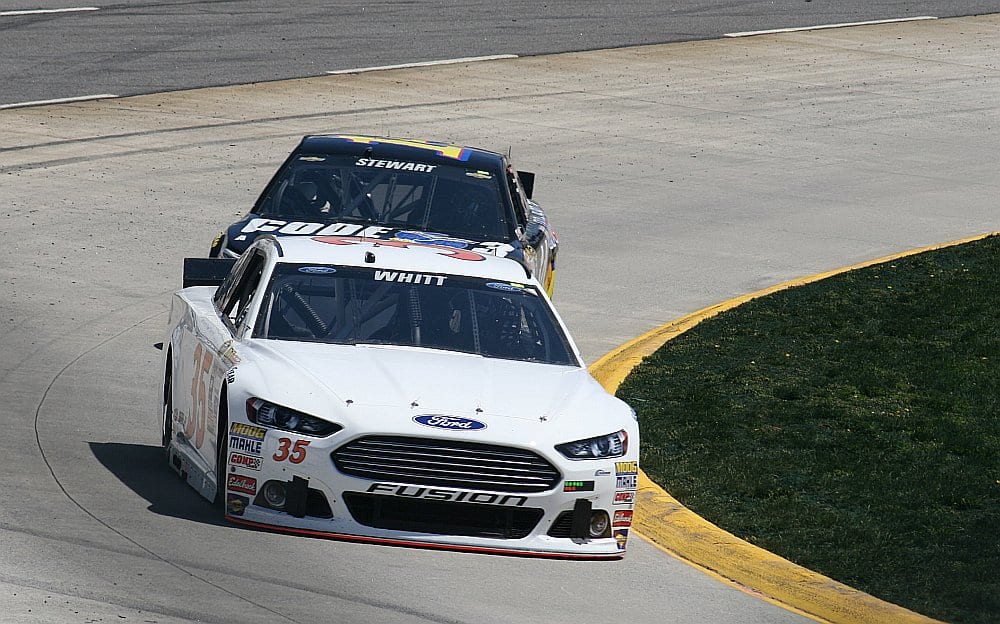 With NASCAR heading to Kentucky for a weekend of night racing, one team has picked up the state’s most popular restaurant as a sponsor.

Kentucky Fried Chicken will return with Front Row Motorsports for the July 11 Quaker State 400 at Kentucky Speedway. The well-known red and white KFC colors will grace the team’s No. 35 Ford driven by Cole Whitt.

Kentucky Speedway will mark the third race that KFC colors has sponsored Front Row, and the first time they’ve sponsored Whitt, whose car will be outfitted with an in-car camera to give viewers an inside look this weekend.

“It’s cool that KFC is bringing the Colonel to NASCAR,” Whitt said in a release. “We’ve got a lot of fun things planned with KFC to bring attention to the Colonel this weekend, and we’re looking forward to it.”

The famous chicken restaurant is based roughly an hour away from the 1.5-mile oval in Sparta, Kentucky.

“KFC is proud to partner with Cole Whitt and his team for KFC’s home NASCAR race, the Quaker State 400 at the Kentucky Speedway,” said Kevin Hochman, chief marketing officer for KFC U.S in a release. “Many NASCAR fans know there’s nothing better than a bucket of our Original Recipe Kentucky Fried Chicken while watching the race, and this is our way of saluting them. Although he never drove Sprint Cup, Col. Sanders lived in the fast lane for 90 years, from serving in the U.S. Army in Cuba, to starting a ferryboat company, to becoming the most recognized man in the world at 75.”

Whitt will make his 68th career Sprint Cup Series start at Kentucky. The 24-year-old California native continues to search for his first career top-10 finish in the series.

Seriously? They’re bringing that creepy to Colonel dude to the track? Lest anyone forget it was KFC who turned a Kentucky race broadcast into an unwatchable mess with the constant airing of the ad with the grandpop and his grandson fighting it out over which side order to get. Like a castle in a corner of a med-evil game, I foresee terrible trouble, but I stay here yet the same.