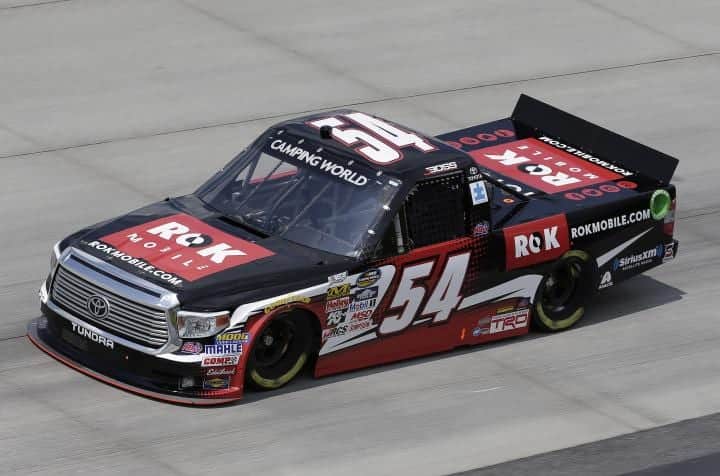 Christopher Bell’s phone rang with some news from Kyle Busch Motorsports Wednesday: the No. 54 is yours.

Jayski tweeted Wednesday that Bell, fresh off a fifth-place finish in his Camping World Truck Series debut at Iowa, will replace Justin Boston in Kyle Busch Motorsports No. 54 Toyota Tundra this weekend at Kentucky Speedway.

Both were originally entered by KBM for the UNOH 225, with Bell scheduled to drive a fourth entry, joining Boston, Daniel Suarez and Erik Jones.

Bell is looking forward to turning laps at Kentucky and hopes he can have another performance like he did at Iowa.

“I’ve never run a mile-and-a-half track,” said Bell. “My plan is to just go out there, finish the race and try to learn how the air affects the trucks as much as I can.”

The announcement is not just a shuffling of driver duties. KBM confirmed to ESPN’s Bob Pockrass that Boston is no longer with the team. KBM’s website now lists Bell as the driver of the No. 54 Tundra.

Boston has had a rough introduction to the Truck Series this year; the rookie of the year contender currently sits 12th in points, with four top 10s, three DNFs and an average finish of 15.8.

It is unknown when Boston will return to the track, and with which team.