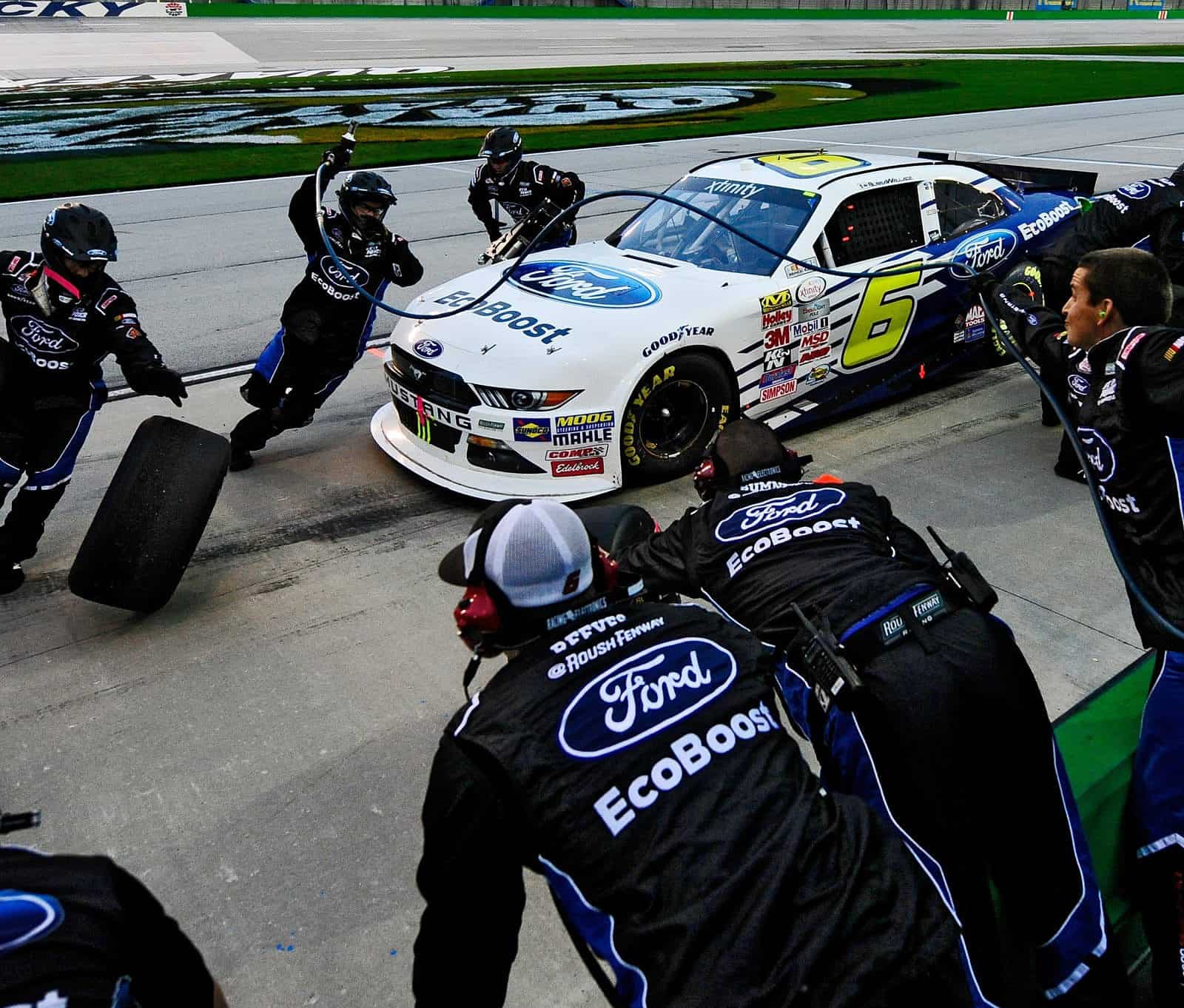 It’s been a difficult few weeks for Darrell Wallace Jr., but he appears to be on the right path again following a wild night at Kentucky Speedway.

Wallace, who currently sits sixth in NASCAR Xfinity Series points, came into Kentucky following a 34h-place showing at Daytona International Speedway, his worst finish of the year. The Roush Fenway Racing driver had struggled in recent weeks, finishing outside of the top 10 in three of the four previous races before Kentucky.

Wallace finally reversed the trend in Friday’s Kentucky 300, rattling off a top-10 finish. Along the way, the rookie would need to make an incredible save.

Wallace would give the Sprint Cup Series regular a bump out of frustration coming down the front straightaway, but ultimately classified the ordeal as clean, hard racing after talking with Menard on pit lane after the race.

Wallace would lose a position as a result of the incident, but held on to finish seventh.

“We came home seventh, that’s like a win for us,” said Wallace. We couldn’t get clean air to be our best friend, so we had to settle for that. I had to drive the wheels off of it. Once we got by ourself it was really strong. Our Ford EcoBoost was showing some speed.

“These last two weeks for us have been rough, but this is definitely a step in the right direction.”