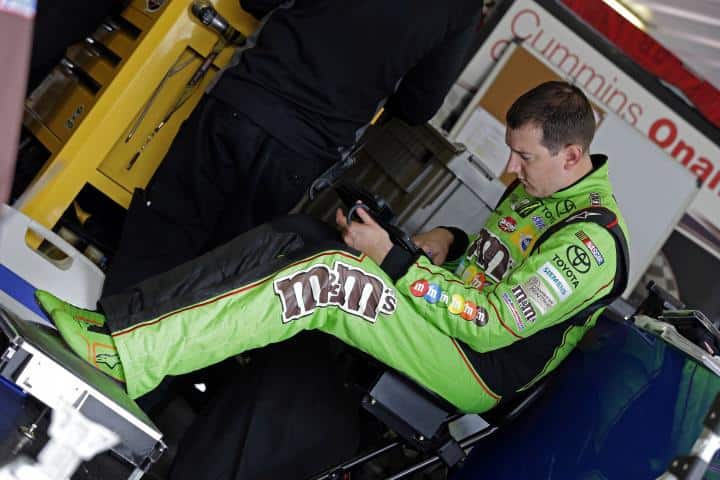 Busch, 30, was out of his car for three months while he recovered from a compound fracture of the right lower leg and a left mid-foot fracture. He returned to his Joe Gibbs Racing M&M’s No. 18 in the May 16 Sprint All-Star Race, and has gone on to win races in both the NASCAR Xfinity Series and NASCAR Sprint Cup Series in the seven weeks since.

Busch took the time to address his health in a press conference before Saturday’s Quaker State 400 at Kentucky Speedway.

Busch, who recently welcomed his first child with wife Samantha Busch, looked into soothing the pain in his left foot.

“I [saw] the doctor last week and said ‘What can we do? I’ve got to fix this left-foot stuff,'” said Busch. “He goes get the plates out. I said, alright, let’s go, and said if you want to sit out for four more weeks, we’ll do it.’

“I’ve got to wait until the season’s over in order to get my stuff finished up and all of the plates taken out.”

Busch, who comes into this weekend’s race sitting 37th in series points, maintains that he’s fine inside of the car, though he still struggles outside of the cockpit.