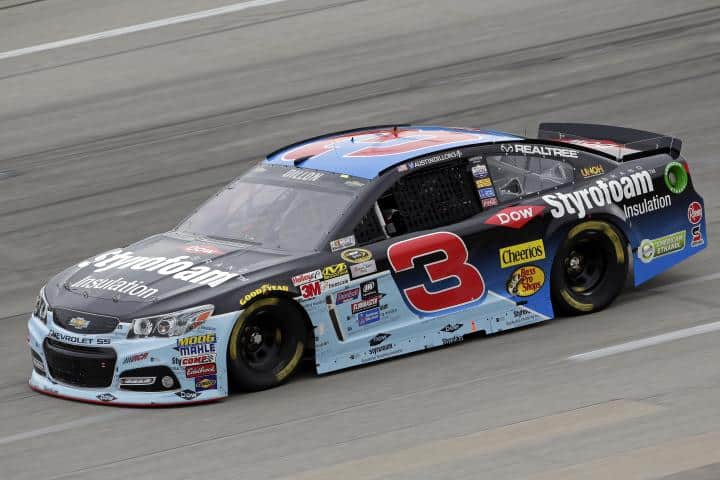 Rain, rain, go away… come again some other day! That should be the motto for this week at Kentucky, part of a month marked by Mother Nature’s wrath. NASCAR has implemented a new rules package, debuting Saturday night and had scheduled an extended practice session for Wednesday to let drivers and teams get used to the changes. That practice session was rained out, then rescheduled for Thursday only to get rained out again. Friday, the teams were able to get in the first 49 minutes of practice before it was – surprise, surprise – rained out. Qualifying was also a wash, so the lineup was set based off the fastest speeds from that only practice.

What does all this rain mean for your NASCAR.com Fantasy Live team? It means we are left with a little bit of a question mark as to who is adapting the best to this new, lower downforce rules package. Because this race is a familiar mile-and-a-half, we can fall back on some of the usual suspects, like Kevin Harvick and Martin Truex Jr. that have dominated this season to date. But some of the question marks are drivers like Kyle Larson, fastest in the 49-minute practice and in a late, rescheduled Happy Hour practice Friday night. Both of the Team Penske cars also looked good as the late practice went on.

Can that short window of testing be trusted? Let’s go through the picks and find out. As always, I’m using the price you would have locked in if you have been using my teams on NASCAR.com…

No. 4 Kevin Harvick $28.00
Harvick is pretty much just a lock on the Fantasy team week in and week out. The No. 4 car did not look particularly fast in either of the practice sessions but I expect them to get it sorted out for the race. Harvick has been dominant at several mile and a half tracks this year and I expect him to move towards the front of the pack.

No. 78 Martin Truex Jr. $22.75
Martin will be starting fifth this week. The 78 team has been good on these mile-and-a-halfers and will benefit this week with a good pit stall selection. One of the question marks is what effect the lower downforce will have on drivers who have been consistent like Truex Jr.

No. 3 Austin Dillon $15.75
Austin had a scary accident right at the start finish line last week. This week he has a car that appears to have great long run speed. Austin starts 11th this week, and while I usually don’t like to pick drivers starting ninth-11th, I think Austin will do just fine at Kentucky.

No. 51 Justin Allgaier $9.50
Justin has had some good runs this year at some of the mile-and-a-half tracks, however he mainly makes the team because he is starting 32nd. Justin has a car that should run better than 32nd and should move up for some nice place-differential points.

Race Winner: Joey Logano
I liked the way the Penske fords looked in the final practice.