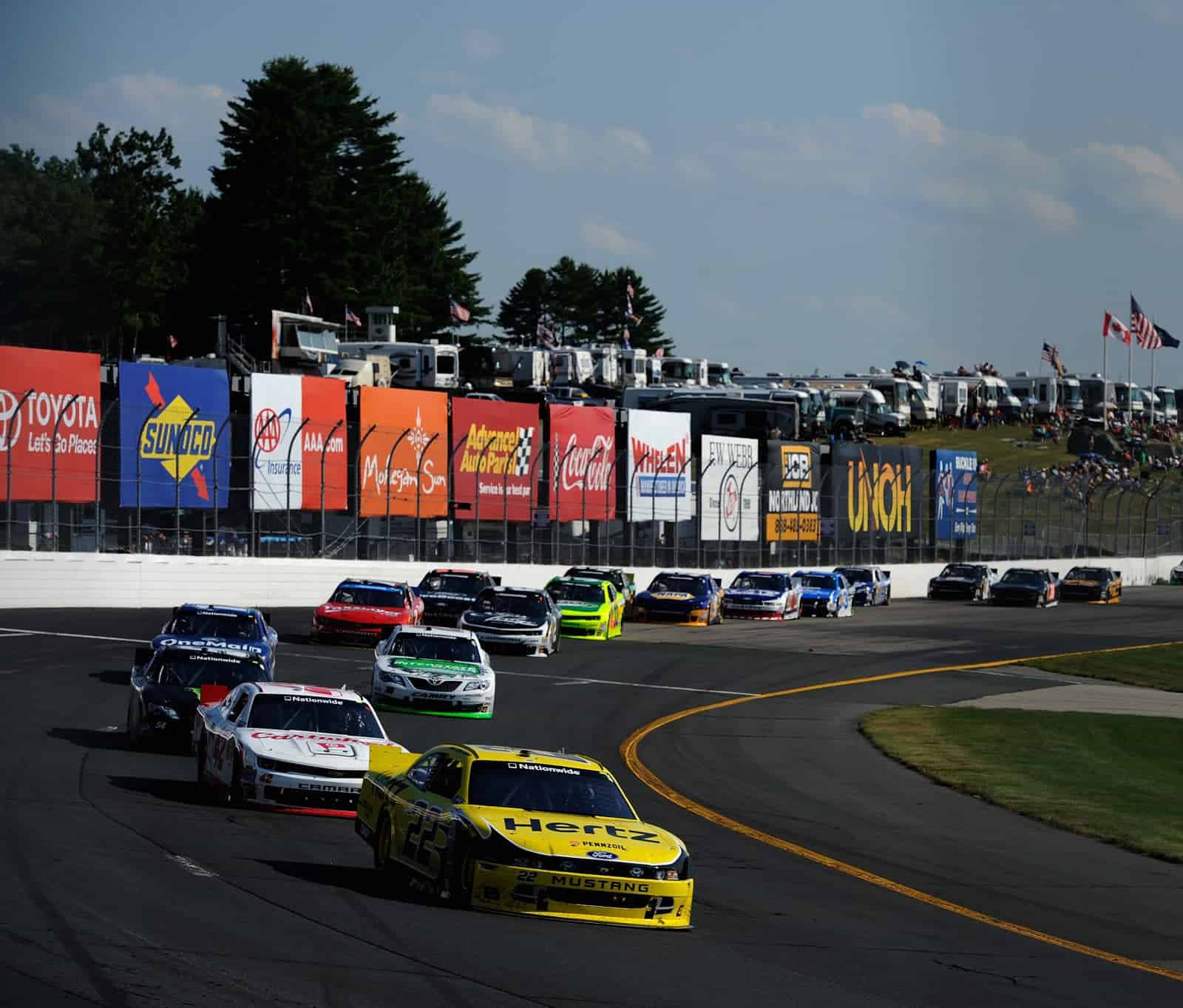 With their first of two races at Kentucky Speedway complete, the NASCAR Xfinity Series is off to New Hampshire Motor Speedway for the third of 16-straight weekends of racing.

A new Wallace will enter the fray on Saturday. Matt Wallace, son of veteran Mike Wallace, will make his NXS debut at NHMS, piloting the No. 26 for JGL Racing. Wallace, 19, has made one start in the ARCA Racing Series, bringing home a 10th-place finish at Toledo Speedway earlier this season for Kimmel Racing. Wallace will race for the team again later this month at Lucas Oil Raceway.

Rookie Ben Rhodes will return for his third start with JR Motorsports. Rhodes, the 2014 NASCAR K&N Pro Series East champion, will pilot the team’s No. 88 Alpha Energy Solutions Chevrolet. The Kentucky native has made two starts for the team entering this weekend, with a best finish of seventh coming in his debut at Iowa Speedway.

After contending for the victory at Kentucky, both Brad Keselowski and Kyle Busch will return at NHMS. Keselowski will drive the No. 22 Hertz Ford for Team Penske, while Busch will hop into his familiar No. 54 Monster Energy Toyota for Joe Gibbs Racing. Busch’s JGR teammate Denny Hamlin will also compete in the event, piloting the No. 20 Sun Energy Toyota.

2013 NXS champion Austin Dillon will look for his third win of 2015 in Saturday’s race, wheeling the No. 33 Rheem Chevrolet for his grandfather’s Richard Childress Racing team.

The NASCAR Xfinity Series will return to the flat New Hampshire Motor Speedway on Friday, July 17, for two practice sessions from 1-1:55 p.m. ET, and 3-4:25 p.m. ET. The field will then return on Saturday for Coors Light Pole Qualifying at 11:15 a.m. ET. Coverage of the Lakes Region 200 will begin on Saturday at 4 p.m. ET on NBC Sports Network.